Not to be outdone by its Nexus brethren, the Nexus 7 apparently is now receiving its Android 4.2.1 Jelly Bean update. Additionally, the update is available for manual installation for those that don’t wish to update to the new software which wipes out the December bug contained in the Android 4.2 Jelly Bean update.

The Nexus 7, which like the Nexus 4 and Nexus 10 is running Android 4.2 Jelly Bean, is currently in the process of being updated to the latest version of Jelly Bean, Android 4.1.2 Jelly Bean which started to roll out to Nexus 4 and Nexus 10 owners earlier today. The update is a small update, less than 2MB in size, but it fixes an issue in the Contacts app where the month of December was completely missing.

For those Nexus 7 owners who may have loved ones in the month of December, this is a welcomed fix. 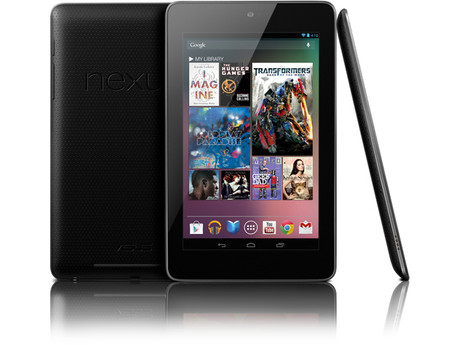 The Nexus 7 is getting another Jelly Bean update today.

As with other updates for Nexus devices, the update will likely roll out slowly to owners. Many Nexus 7 owners had to wait quite awhile for the larger Android 4.2 Jelly Bean update to arrive and while the latest firmware isn’t as big, it still could be a little bit before every Nexus 7 owner and for that matter, every Nexus 4 and Nexus 10 owner see the update.

Those who don’t wish to wait for the update to Android 4.2.1 have two options. One is sideloading it through custom recovery with the file on Google’s servers, or, Nexus 7 owners can try the old Google Framework Services trick which has worked in the past.

Here is how to try that.

5. Head back to the Nexus 7′s Settings, go to About, and check for a System Update.

It’s not going to work for everyone but it’s worth a shot for those who don’t wait to wait. Some users have reportedly used different combinations of Clear Date and Force Stop to force the update while others have turned off their device then powered it back on after clearing the data.

It’s unclear at this point if the update fixes the numerous issues Nexus 7 owners have been experiencing with Android 4.2 but given the size of the update, it probably won’t fix much other than bringing back the month of December.