Google’s Nexus Android 5.1.1 update is finally making the progress Nexus users have been waiting for and the small bug fixer is now making its way to several new devices including the Nexus 5 and Nexus 4. With that in mind, we want to share everything there is to know about Google’s roll out and the Android 5.1.1 update itself.

Last month, Google confirmed its new Android 5.1.1 update, a small bug fix update that tackles Android 5.1 problems and other lingering Lollipop problems. The Android 5.1.1 update is slated to hit other non-Nexus devices but this will focus on the release for Nexus smartphones and tablets.

In the weeks since the start of the Android 5.1.1 roll out, we’ve seen Google’s Android 5.1.1 release make steady progress. The update was initially limited to the Nexus Player though it has since rolled out to a number of better known Nexus variants including the Nexus 7, Nexus 9 and others.

This week, Google’s been on an absolute tear as it has delivered several highly anticipated Android 5.1.1 updates to Nexus users. Those updates are now moving out just days ahead of Google I/O and the company’s rumored Android M announcement. Android M is expected to replace Android L (Lollipop) sometime later this year.

With Google’s Android 5.1.1 roll out now moving, we feel like now is a great time to run down all of the important details Nexus users need to know about Android 5.1.1. This will cover the basics but it will also get into the nooks and crannies of Google’s latest update. Here’s what you need to know.

Now that the Android 5.1.1 release is kicking into full gear, we want to tell you about some of the resources you have available to you.

First, we’ve put together a list of things to do before you update. You don’t have to follow them all but if you’re new to the Nexus series, these are going to be extremely helpful.

Third, if you’re not keen on waiting for the Android 5.1.1 OTA to arrive, we’ve put together a guide that will take you through the manual installation process.

And finally, we’ve put together some reasons why you should and maybe shouldn’t install the Android 5.1.1 update the second that it arrives. Take a look at these before your update.

The Nexus 4 Android 5.1.1 Lollipop update is confirmed and the update is starting to roll out to Nexus 4 users all over the world. Of course, this is a Google roll out that we’re talking about which means that most Nexus 4 users are coming up empty in the hours after its release.

Google’s posted the Nexus 4 Android 5.1.1 factory images and the OTA file is also floating around. This is important because it means that knowledgeable Nexus 4 users can sideload the software right now. The rest of you are going to have to endure Google’s random and lengthy Android release process.

The Nexus 4’s Android 5.1.1 update brings a number of bug fixes to the device’s OS. If you’re not familiar with Android 5.1.1, here’s a look at its change log.

The Nexus 5 Android 5.1.1 update is also rolling out. Like its counterparts, the update is rolling out extremely slowly. We haven’t seen the OTA pop up on any of our Nexus 5 models (we have three) and it could be days before all of them get the Android 5.1.1 prompt.

Google’s posted the Nexus 5’s Android 5.1.1 factory images and the OTA file for the device is also available to sideload, just in case you don’t want to wait for the OTA.

The Nexus 5 Android 5.1.1 update is similar to the others but it packs in a fix for Nexus 5 camera issues. If your camera app was crashing when trying to use it with a third-party app, Android 5.1.1 should fix that problem.

Google’s Nexus 9 LTE Android 5.1.1 update is also moving out to owners of the flagship tablet. It’s not available for everyone just yet, that will take a week or so, but it’s available to download and install right now as well.

Like you, we’re Nexus users. And in the weeks since Android 5.1.1’s arrival, we’ve been digging into the new update to provide you with feedback about its performance. We will offer continued feedback about these updates and we plan to release our initial Nexus 5 and Nexus 6 Android 5.1.1 impressions once the OTAs arrive.

Here’s a list of the updates that we’ve covered thus far. We suggest starting with the impressions before moving onto the full reviews.

The Nexus 6 is still on Android 5.1 but that should change soon. According to Canadian carrier Rogers, the Nexus 6 Android 5.1.1 update is “coming soon.” It doesn’t outline a specific date.

The carrier confirmed updates for the Nexus 4 and Nexus 5 shortly before their roll outs so it’s pretty clear that the Nexus 6 will be next to get the software. The Android 5.1.1 update brings some Nexus 6 specific fixes as well and they include tweaks to the camera.

We haven’t seen anything confirmed for the Nexus 7 3G or Nexus 7 LTE just yet though they’re typically a little bit behind the pace.

We can’t see Google leaving these two behind so it should only be a matter of time before Android 5.1.1 hits them as well. As a reminder, keep an eye out for the OTA files and on Google’s AOSP for changes.

Android 5.1.1 is supposed to fix problems but it looks like it’s delivered some problems to owners of Nexus smartphones and tablets.

We’re pointing these issues out for two reasons. One, in the hopes that someone from Google sees them. And two, as a way to make you think. Remember, you don’t need to install Android 5.1.1 right now. This is especially true for owners of the Nexus 4 and Nexus 5.

We haven’t seen many complaints yet but wait until Google’s roll out picks up speed.

Many Nexus users use Android Wear smartwatches. So, it’s important to point out the fact that Android 5.1.1 is rolling out to Android Wear devices as we speak.

Google’s once again announced the start of the Android Wear Android 5.1.1 release. The company made the announcement on its Nexus Help Forum confirming a number of details for owners of its smartwatches. 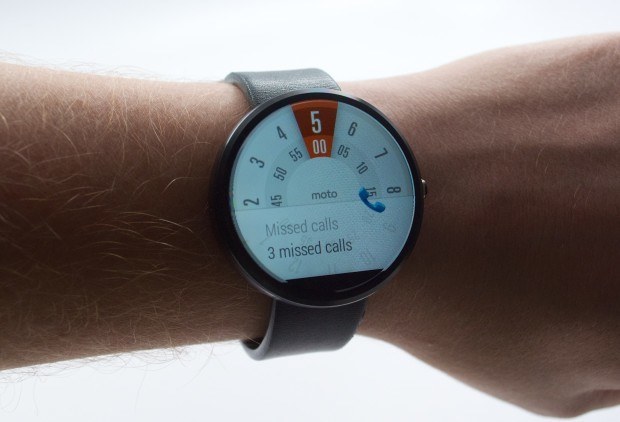 According to Android Police, the Android 5.1.1 release is underway and it’s currently hitting the LG G Watch and the LG G Watch R. The site claims that the two products will not be getting Wi-Fi support, a feature that Google’s baked into its Android Wear Android 5.1.1 update.

The update will also be rolling out to the Moto 360, Sony Smartwatch 3 and the Samsung Gear Live. Release dates for those models weren’t announced but you can count on a long, drawn out process. Same goes for the roll outs to the LG models. This is Google we’re talking about here and nothing is ever fast.

As a reminder, here’s what’s coming with the Android 5.1.1 release for Google Wear: