Nexus One Android 2.3.4 Update Can Be Manually Installed

Attention Nexus One owners. If you’re looking to get Android 2.3.4 on your phone this moment (who likes waiting for OTA updates?), then there is an easy manual installation process that you can follow to get it up and running right now. 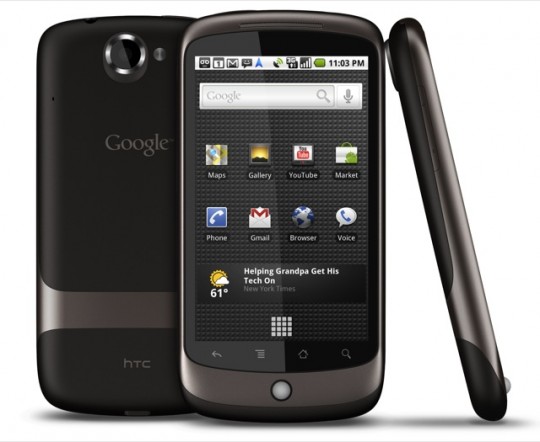 Last week, Google announced that Android 2.3.4 would roll out to the Nexus S and Nexus One in the weeks ahead. Well, shortly after that announcement a manual installation became available for some Nexus S owners much to the chagrin of those who still employ a Nexus One.

No need to feel down anymore Nexus One owners because there is now a way to manually install the Android 2.3.4 update right now which means you can avoid waiting for the roll out that’s currently in progress. Here’s how to do it:

1. Download the update here.
2. You’ll want to rename the file to update.zip. If you are using a Windows machine, you can rename it to update, without the zip.
3. Copy that file, update.zip or update, and put it on your microSD card.
4. Make sure you Nexus One is off and then hold down the trackball and press the power button.
5. Once you see the white screen and the Androids, you’ll want to select Bootloader.
6. At this point, your phone is going to reboot and you should see another Android as well as a triangle.
7. Now press the volume up and power button at the same time.
8. Using the trackball, you will want to choose Apply sdcard:update.zip or Apply sdcard:update.
9. Boom, Android 2.3.4

Those instructions should get you up and running in no time and get your Nexus One squared away with a bunch of bug fixes. For those interested in what’s in the update, you can head here and see a full list.