Earlier today, Samsung finally released a teaser video to masses briefly showing off the Nexus Prime, a device that will likely be announced at a joint Google and Samsung event at CTIA on October 11th. Just now though, Samsung actually updated that teaser video and it now includes not only another “perfect combination” – a bride and groom – but it also has a different ending.

Right after Sammy gets done showing off the device, the words “Always ahead of the curve” pop up on the screen.  To me, this can be interpreted in a number of different ways, the first of which, as Droid-Life points out, is as being a subtle jab at Apple and the recently announced iPhone 4S.

For some, it might be a little bit of a reach, but I think that Samsung definitely had the iPhone 4S’ design – which is identical to the iPhone 4’s – in mind when it decided to add this statement. And even if it wasn’t intended for Apple, it’s still got people talking and that’s a very good thing. 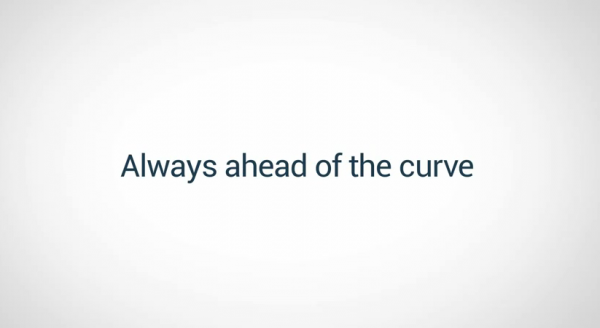 I also think that Samsung and Google wanted to emphasize the beautiful curved form factor of the Nexus Prime while hyping the device up as a true, state-of-the-art device.

Let’s hope that ‘ahead of the curve’ also refers to 4G LTE as well.