Last week, Google confirmed that the Android 4.1 Jelly Bean update had started to roll out for the Nexus S smartphone, a roll out that beat roll outs for the Motorola Xoom and the Samsung Galaxy Nexus on both Verizon and Sprint. However, when Google announced the roll out, it left out American carrier Sprint which has the Nexus S 4G on its network. 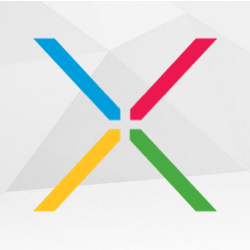 Since then, Sprint and Google have remained silent about the Nexus S 4G roll out leaving owners wondering when the update might arrive and if there is going to be a long wait ahead.

This isn’t surprising as American carriers tend to be last to major Android updates. However, we have now seen a few days go by and there has been nothing but silence on Sprint’s end, something that certainly isn’t welcomed by Nexus S 4G owners who have had to sit back and watch other Nexus S devices get the upgrade to Android 4.1 Jelly Bean.

This of course is a sign that American carriers are once again at the very back of the line for major Android updates, something that has long plagued Android devices in the U.S.

Along with the Nexus S, it appears that the roll out for the Verizon Galaxy Nexus could be far off in the distance as well.

We’ll keep an eye out for any new developments but as of right now, owners of the Nexus S 4G should not expect the update to roll out at any point in the near future.