Owners of the Google Samsung Nexus S will have just a little longer to wait for their Android 4.0 Ice Cream Sandwich update as Google is now testing the delectable frozen treat on Nexus S smartphones owned by its employees. In Android tradition, updates are deployed first to employees before reaching broader worldwide audiences, and the Nexus S will be among the first smartphones to receive the update as it is intended as a developer device void of any carrier customization or OEM add-ons. 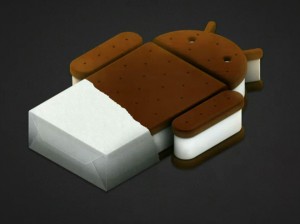 Tweets and Google+ messages originating from employees are reported as being deleted, by Android Police, which caught glimpse of some of the shares on social networking sites, have reposted a few of the updates:

Yeah an OTA, but it’s an early one for Google employees so we test it further so it’s even more awesome when you guys get it. So sadly I can’t comment on it more at this time…

The Ice Cream Sandwich build for the Nexus S is still in its early builds, according to one of the posts, but hopefully the Nexus S will soon be able to join the Galaxy Nexus in rocking Android’s latest OS.