The most recent flagship phone from Google, the Samsung Nexus S, will (as reported by Business Insider) be coming to AT&T this Sunday, July 24 for $99.99. 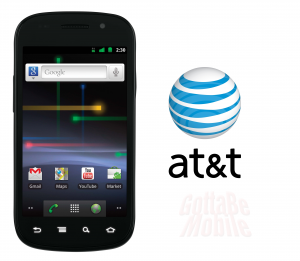 The “Pure Google Experience” phone skips all of the bloatware (pre-installed apps that nobody asked for) and custom UIs that manufacturers and carriers commonly tag onto Android phones. As the flagship phone for Android 2.3 Gingerbread, it was first released on T-Mobile last December. That was followed by a 4G (WiMax) compatible version that was released on Sprint in May. The AT&T model will be limited to 3G connectivity.

As part of Google’s flagship Nexus line, the Nexus S followed the Nexus One, which heralded the arrival of Android 2.1 Eclair in early 2010.

The phone can be pre-ordered from Best Buy starting today (the phone’s page isn’t yet live though).

While few can argue that the Nexus S isn’t one of the slickest smartphones to hit the scene within the last year, AT&T customers may want to think long and hard before using a precious upgrade on a phone that is creeping closer to its first birthday.

Apart from the Samsung Infuse 4G and (arguably) the Motorola Atrix 4G, the Nexus S will instantly become one of the top Android phones on AT&T – as the carrier continues to catch up from its “we don’t need Android” days of iPhone exclusivity. However, the Samsung phone is starting to grow a beard when compared to newer offerings on other carriers. The EVO 3D on Sprint, the Sensation 4G on T-Mobile, and upcoming Droid Bionic on Verizon all dwarf the Nexus S’ specs. The fabled Samsung Galaxy S II should be on its way next month too, though carrier details are uncertain.

At $100, the Nexus S will cost much less upfront than those newer phones, but when looking at a two-year contract, the initial cost takes on a relatively small role for many buyers.

Still, if you’re less concerned with cutting-edge specs and 4G capability, the Nexus S has Samsung’s sexy hardware design, minus their Touchwiz UI overlay. For fans of “pure Android,” it’s still the best phone on the market. Of course most Android phones can install a custom ROM like Cyanogenmod to achieve a similar result on the software side (after rooting).

AT&T folks – does this tickle your fancy? Is this just what you’ve been waiting for, or would you rather see what other phones AT&T has up its sleeve? Let us now down in those comments!