You’re probably familiar with the Nissan Leaf since it is one of the best selling electric vehicles, but you probably don’t know about the new Nissan e-4ORCE all-wheel-drive technology. This new two moto design delivers enhanced control and better driving dynamics than a traditional front-wheel-drive electric vehicle.

It’s pronounced “force”, but there is no Star Wars tie in. The “4” is simply there to remind people that this uses four wheels. The all-electric system uses two motors to deliver all-wheel-drive, for improved driver confidence and it reduces a lot of the extreme motions that can cause motion sickness.

We had a chance to test the Nissan e-4ORCE system in a test car earlier this year, and compare it with a Nissan Leaf, back to back, so that we could feel the differences in control and acceleration that this new system provides.

This all-wheel-drive system is designed with on-road use in mind, so don’t confuse this with a four-wheel-drive setup that is typically found in an off-road SUV or a pickup.

The e-4ORCE acceleration is quicker than the technology in the current Leaf, but it is still a comfortable acceleration. Don’t expect to feel like you’ve enabled Ludicrous mode or like you are in the seat of a GT-R, even though the engineers built this system using knowledge from the torque split system in the GT-R. The system does use regenerative braking to capture the energy and improve the overall range of the vehicle.

Control and comfort are the name of this game. When testing the e-4ORCE system on a slalom run and on a wet dramatic curve, the technology at play allows for better control, keeps the car in the line that you want even at speed, and helped me feel more in control as the driver. By switching power to each wheel as needed, the system can control some of the lean, which I felt while testing the system on the slalom. 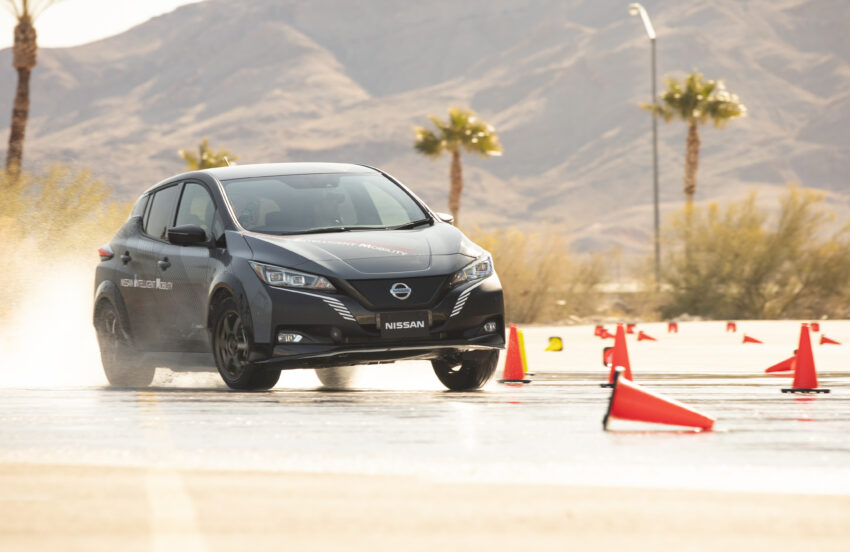 What you need to know about the Nissan e-4ORCE technology.

This technology also helps eliminate the back and forth motions from accelerating and stopping, keeping the cabin more even. This can help eliminate motion sickness in stop and go traffic. By taking advantage of e-4ORCE’s precise motor control response, we’re able to control vehicle motion as soon as the brakes are applied, giving all occupants – especially passengers – a stable, smooth ride,” said Ryozo Hiraku, expert leader of Nissan’s powertrain and EV engineering division.

Nissan is bringing e-4ORCE to the Nissan Ariya, which the company showed off at CES 2020 in January, and recently included in a look at the new Nissan models coming over the next year and a half.