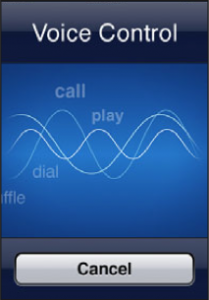 One of the items I was looking forward to hearing about from Apple’s WWDC Keynote yesterday didn’t make the cut. That item was about where Apple is going with voice control on the iPhone. Speculation had been rampant about some sort of partnership with Nuance, the maker of Dragon Naturally Speaking, which powers Siri, which Apple already had purchased awhile back. But there were no dragons on the stage yesterday.

But this morning the speculation is saying that we will see some sort of Apple/Nuance partnership when IOS5 rolls out this fall. Some are guessing that the deal may not be done, some that the technology wasn’t ready yet, and some are saying simply that Apple may just want to save some PR bang for closer to release time.  Any and all could be true.

Don’t get me wrong, I think integrating voice control of any kind is a hard nut to crack, so I’m not expecting miracles here. But this is the one area on Apple’s smartphone that I think needs a big push if Apple wants to continue to compete with Google’s Android voice control. I wouldn’t bet for or against this rolling out in the fall at this point.