A short time ago we were treated to what we think are images of Nokia’s upcoming Lumia 900 Windows Phone and today, it appears we have some more information that puts a face on a smartphone that is believed to be headed to AT&T’s 4G LTE network. Pocketnow has received information that the Nokia Ace and Lumia 900 are one in the same and that the device will be sold globally as Nokia’s flagship Windows Phone.

The device also saw a number of features leak out. First, the operating system. There had been whispers about a possible release with Windows Phone Tango but it appears that this is going to be a Windows Phone Mango device from the get-go. 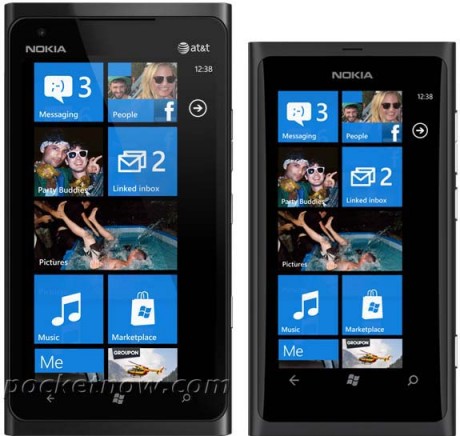 The heaviness likely comes from the fact that the Lumia 900 will have an LTE radio on board in addition to the larger screen. It will apparently share the same thickness as the Lumia 800 though with both checking in at 12mm.

The Lumia 900 should also have the 1700MHz band which will be compatible with T-Mobile’s 3G. That of course will require a workaround because the device is expected to be carrier locked.

And while these details are merely rumor at this point, we should get some confirmation from Nokia soon as the company is expected to announce this, and possibly the Lumia 719 as well, next week at CES in Las Vegas.