The Nokia Lumia 928 is rumored for a Verizon launch in April with an aluminum body and a xenon flash that should help deliver better looking photographs.

This new device would not just be a Verizon Nokia Lumia 920 model, but a new standalone device with a host of upgrades. The Nokia Lumia 928 would join the Lumia 822, and offer a higher end Windows Phone experience on Verizon.

The Verge claims the Nokia Lumia 928 release is set for April on Verizon, citing, “sources familiar with Nokia’s plans.” This is device is said to be the same Nokia model previously rumored as the Nokia Laser for the past several months. 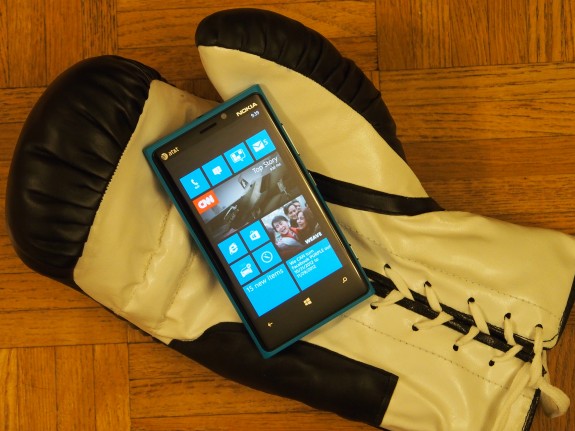 The Nokia Lumia 928 is rumored for a Verizon release in April.

According to the source, the Lumia 928 will land on Verizon with an 8MP PureView camera and a LED + Xenon Flash. Combined, there is a potential for a high quality camera on the Lumia 928.

The Verge states that the Lumia 928 is powered by the same processor and RAM as the Lumia 920, and also features a 4.5-inch display. One interesting feature is support for simultaneous voice and LTE, which would allow Verizon users to talk and surf at the same time, something the iPhone 5 is not capable of on Verizon.

The Lumia 928 would join the HTC 8X on Verizon as a flagship Windows Phone 8 device. There is no indication of wireless charging on the Lumia 928 at this time, a feature the Nokia Lumia 920 and HTC 8X both feature.

Expect a huge marketing push from Verizon if the lumia 928 release is in April. Previous rumors indicate that Microsoft is prepared to spend a good deal of cash to tell consumers about this new Windows Phone 8 device.