The photo shows a glass of beer with the logo for Black Raven Brewing, and not much else. The photo looks good for a smartphone photo, but there isn’t much to glean from it aside from that. Twitter user @evleaks originally shared the photo.

The photo originally appeared on Google’s Picasa service which is strange given that it’s a photo from a Windows Phone 8 device. The Picasa page is no longer available, but it presumably held information that point to the Lumia 928 when it was available. According to MyNokiaBlog the exif data said the phone has an f2.0 aperture and the flash wasn’t used. 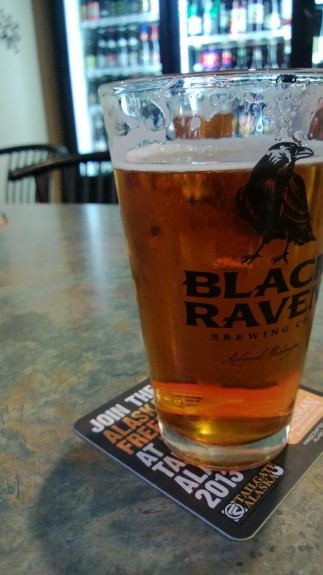 The photo’s resolution of 1278×720, likely because it the phone compressed the photo when uploaded to the web. Photos from the Nokia Lumia 920 also compress to 1278×720 when uploaded to services such as SkyDrive over 3G or 4G LTE.

The rumored Nokia Lumia 928 is the alleged variant of the Lumia 920 for Verizon Wireless. The phone will likely feature a new design but many of the same, if not all the same features as the current Lumia 920 on AT&T. Some of features include a dual-core Snapdragon processor and a 4.5-inch OLED display.

Recent rumors claim the Nokia Lumia 928 may come to Verizon as early as April. The phone may have an aluminum body, which would make it thinner and lighter than the Nokia Lumia 920 which uses a polycarbonate shell which is somewhat thick and heavy compared to other phones.

The new phone may look more similar to the Lumia 720 instead of the Lumia 920 despite its name. The number likely refers more to its place in the line of Lumia phone, with 900 number reserved for the high-end Windows Phone from Nokia.