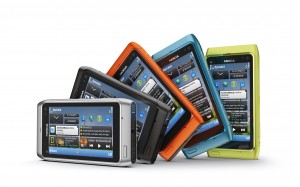 Despite having been announced over a year ago–the handset was released much later in the year last year–the Nokia N8 still dominates the camera phone market with its outstanding ability to capture images. Thanks to the device’s Carl Zeiss lens, large camera sensor, dual-Xenon flash, 12-megapixel shooter, and mechanical shutter, the Nokia N8 still delivers unrivaled picture performance even when compared to newer rivals such as the camera-centric HTC myTouch 4G Slide for T-Mobile USA and the flagship Android-powered Samsung Galaxy S II.

Given the strength of the Nokia N8, it really is ashame that Nokia isn’t able to work out any carrier arrangements with T-Mobile USA or AT&T, especially given the phone’s penta-band 3G support making it compatible with both networks as well as international HSPA/GSM networks.

Both Engadget and All About Symbian had pitted the N8 against its newer rivals in the Android space, and both sites found the image quality of the N8 to be unsurpassed. In my use of the Nokia N8, the thing that I appreciate the most is that even though the images are compressed–allowing for a smaller file size–the pictures are still sharp with a lot of detail and not a lot of noise.

The shots that Engadget and All About Symbian highlights are done without testing the flash abilities of all three models. The Nokia N8’s Xenon flash should out-do any LED flash hands-down.

In the three sample images below, the N8’s camera sample is the last one and shows the least amount of noise and the most detail. The first image is taken with the HTC camera and the Samsung flagship produced the second image. 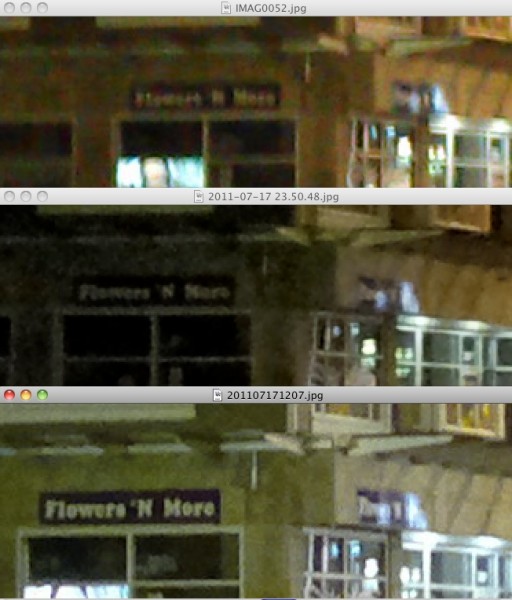 Like most HTC cameras before it, the myTouch 4G Slide suffers from articial edge enhancements. This has been noted as a problem of HTC’s software in which the software tries to sharpen the image, leaving an artificial edge around objects. You can view more camera comparison images on All About Symbian.

In the review of the myTouch 4G Slide, Myriam Joire of Engadget sums it up best:

There’s no doubt that the myTouch 4G Slide takes beautiful pictures. Still, as we mentioned above, the Galaxy S II usually performs better and the N8 still plays in a league of its own. The Slide manages to gather a lot of information, but that’s no match for the massive amounts of detail captured through the N8′s impeccable Zeiss optics.

As Nokia transitions to Windows Phone 7, it will be interesting to see how camera performance will be for that platform. The Nokia N8 remains my daily device and is the camera that I use daily. Thanks to the performance of the N8’s camera, I no longer feel the need to carry a stand-alone digital camera for the last eight months.