Nokia Tired of Waiting For Instagram for Windows Phone

Nokia doesn’t want to wait any longer for Instagram for Windows Phone and now has its own app to convince the service to come to Windows Phone.

As WPCentral reports, Nokia’s new app is #2InstaWithLove, an obvious plea to Instagram. The app lets Nokia Lumia users take pictures and apply “the classic polaroid filter” to them, complete with a border and a section below the photo with the hashtag name of the app.

Nokia encourages users to share their #2InstaWithLove photos to their social network of choice as a way to show Instagram the community’s desire for the app. The hope is that with enough users showing support, Instagram for Windows Phone will eventually happen. 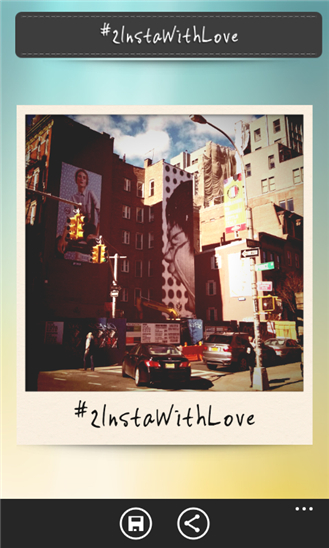 Interestingly, while Nokia pleads with Instagram, The Verge reports that Microsoft is in the process of building Instagram for Windows Phone itself. The app would let users post photos to Instagram with all of the same features, though it may have a different layout.

While Nokia and Microsoft practically beg Instagram for a Windows Phone app, BlackBerry is also waiting for an app on its BlackBerry 10 platform. Instagram recently said it won’t support that platform yet, though BlackBerry hasn’t yet tried to launch a public campaign to convince the company.