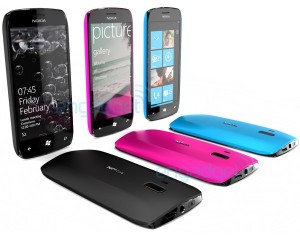 Windows Phone 7 is about to take a leap in market share by 2014 according to the latest predictions by IDC in large part due to Microsoft’s partnership with Nokia, the world’s largest phone maker by volume. In the past, Nokia has primarily relied on Symbian for its smartphone strategy, but the company had announced recently that it will begin to transition to Windows Phone 7 for its smartphone strategy. IDC says, “The new alliance brings together Nokia’s hardware capabilities and Windows Phone’s differentiated platform.

However, VentureBeat thinks that IDC’s predictions are overly ambitious. The publication writes, “For IDC’s prediction to come true, nearly everyone currently using Nokia’s Symbian smartphones will have to make the switch to Windows smartphones; the first Nokia-Windows phones will be out in 2012.”