As the U.S. release of the Nokia Lumia 920 on AT&T draws closer Nokia updated a number of its exclusive apps for the new smartphone including Maps and Transit according to WPCentral.

The new Nokia Maps includes venue maps which will help users navigate through locations like malls. The app also includes detailed walking directions, so it will tell users when to take shortcuts through parks or malls. The new walking directions will also use landmarks instead of street names so pedestrians don’t have to search for street signs, they only need to determine which Starbucks to turn at. 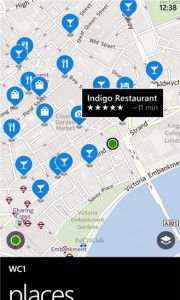 Nokia Maps 3.0 can handle navigation for cars as well, but it will push the actual navigation to Nokia Drive so users can get turn-by-turn directions. The offline maps feature of the app is also shared with Nokia Drive so when one app has data the other will have the same data.

Today Nokia also updated its Transit app (also known as Transport in the UK) for Windows Phone 8. The new app makes it easy to find past routes by swiping left to right for previous searches. The app also includes a new way to compare transit times based on time and date as well as combined segment maps for when commuters need to walk the rest of the way.

The apps are available in the Windows Phone Store now, and are ready for potential new Lumia 920 or Lumia 820 users to download on Friday. The apps will also run on the Nokia Lumia 810 on T-Mobile and the Lumia 822 on Verizon.