There’s been more chatter of a Symbian successor to the venerable Nokia N8 in the camera phone department. The device is said to sport a 12-megapixel camera, 4-inch nHD resolution AMOLED display with a Clear Black Display screen, and Nokia Belle pre-loaded. Additionally, a leaked photo, if accurate, suggests that the Nokia 801 would bear a striking resemblance to the Lumia 800 (Windows Phone) and the Nokia N9 (MeeGo). 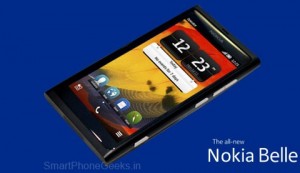 While the 12-megapixel is welcomed, and presumably the Nokia 801 will have a larger or better image sensor than that of its predecessor with the same megapixel count, the device won’t have the Xenon flash that the Nokia N8 has. Instead, like the new Lumias and the N9, the Nokia 801 will have dual LED flash. The plus thing is that LED flashes are getting brighter these days, but the downside is that LED flash light does not provide for as natural colors in photos as Xenon flash, and Xenon flash tends to be brighter.

The device will have NFC support, a 1.4 GHz single-core processor, and 1080p HD video recording. 1080p video encoding is rare on a single-core phone as the feature is more typical on dual-core handsets today. Single-core phones usually record videos at a maximum 720p HD resolution.

It’s unclear if camera phone enthusiasts will be flocking to the Nokia 801 if and when the device will be released. Prior speculations suggest that the Nokia 801 will be the last of Nokia’s Symbian hardware efforts and that the phone-maker may have cancelled other Symbian smartphones in the pipeline due to weak sales following heavy promotion of the Lumia Windows Phone series.