A full day after the infamous Nook Color 1.2 software update and a few people are still having some issues.

Fortunately, most are like me – fully updated and back to normal. But for those who are not, it is quite frustrating, especially if you have gotten used to using and loving the Nook Color a lot. That is something Barnes and Noble would normally be happy about, but when the huge snafu happened it also caused a bigger problem.

A Recap of the Problem

All we know at this point is that Barnes and Noble released an update to the firmware of the Nook Color and many downloaded it and manually updated but later had their device wiped, just like we did. At first, all was fine. The update was a nice addition and made the Nook Color a little more useful and enjoyable, even if it wasn’t a world of difference from the previous version. But then what happened is still a mystery. 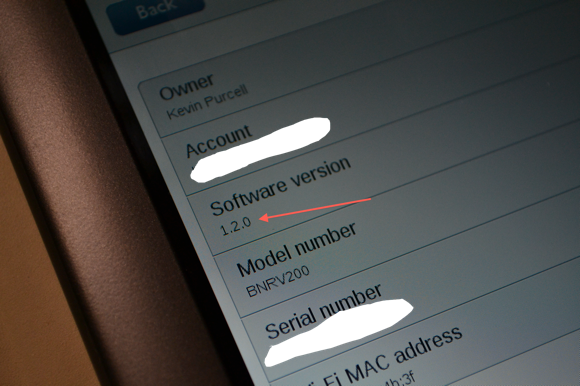 The best we can tell things went haywire when someone at Barnes and Noble must have flipped a switch and accidentally sent out the over the Internet the 1.2 update to everyone who was hooked up to their servers whether they needed it or not. But that shouldn’t have caused it to wipe all of our devices. The update itself must have been malformed.

The Nook Color downloaded that update and erased itself as it applied the 1.2 software. Soon we all had a device that behaved as if we just bought it. It had to be registered. So at about the same time, all of those who needed to re-register their Nook Color so they could start over from scratch must have tried to connect to the registration server en masse. Whether it was the volume of people trying to register or something worse we don’t know. The servers were down all that afternoon and most of the evening. Finally, people began to report being able to access the sever and get their Nook Color going again. I was one of those about 11:30 PM.

The result was that at best some of us just had to re-download books or apps we bought from the new app store. However, many had a lot of personal data on their Nook Color that they had never backed up. I can understand how angry they would be. If Barnes and Noble hadn’t made this mistake, however they did it, their stuff would likely still be there. So, remember to back up no matter what so things like this don’t happen.

Losing data wasn’t the only problem. After getting the update and finally being able to register, there were a few other wonky issue. People could not connect to their own Wi-Fi network and a few reported that their Nook Color was causing other devices connected to their network to go offline while the Nook Color was online. That sounds like both the Nook Color and the other device or computer were sharing the same IP address. But the users said they looked for that and it was not the case.

For most of us, these kinds of things were cleared up by resetting the device again. This is done by turning off the device. Hold down the power button until the message offers to power down the Nook Color. Then hold the home button (the n button) and the power button at the same time for a little while. The Nook Color will warn you that it is going to wipe the thing and reinstall the software.

After doing this most of the Wi-Fi issues seem to be fixed. This worked for me and others who could not consistently connect to Wi-Fi. After doing the above you will have to again register with your Barnes and Noble account email address and password.

You Are Not Alone

If you are one of those still struggling to get your Nook Color working, you are not alone. A few users at the Barnes and Noble forums still haven’t been able to register. One of our readers said in the comments on our previous update:

I have not been able to access the shop or apps or any of this for the past 3 days. I contacted a customer service agent today and was told to wait 24 hours. Yeah…not sure what you would call that.

We call it a stock answer and you should not put up with it at this point. Demand to speak to a supervisor. Go on Twitter and raise a stink, especially if you have a lot of followers.  And comment below!

There are still some other issues too. For example, as said above, one of our readers posted that when Nook Color is turned on it messes up other devices on the network.

When my [Nook Color] is turned on, I can’t access the network from my desktop – the [Nook Color] network software must be doing something very screwy.

If the reset advice above doesn’t work then still call tech support, make a stink and post below.

The most helpful comment we’ve received was from one reader who shared a link to a site that explains how you can boot your Nook Color from an SD card and copy any files you might have on it to the SD card even if you cannot get it to work with the internal software. Sadly, for most who lost their data already this is too late. If you are having trouble logging in still, you can use the information in the link possible get your data off the device before resetting. The site explains how to install Cyanogenmod 7 AKA CM7 on an SD card, load it into the slot on the Nook Color and boot the device with it. CM7 has Android 2.3 so it might be worth a look even if you don’t need to copy files.

The good news about the Nook Color is it is hard to totally brick this device. You may not be able to get it to work as a Nook Color again, although that would be hard. But you can install one of the custom firmware that are actively being developed by a thriving community of people at the Nook Color forums at XDA Developers forum or at Mobile Read’s Developer’s Corner. Even if you don’t want to alter that software on the device’s internal storage, you can boot from an SD card kind of like you might do with a live CD version of Linux. You can run the Nook Color with Honeycomb or any other custom firmware without ever affecting your Nook Color software. 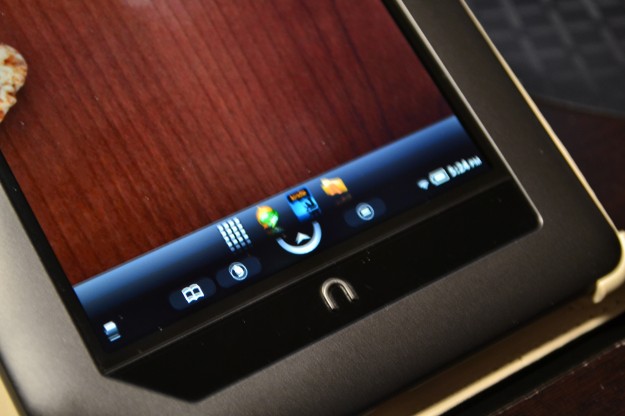 Once you do get things going, you may want to try some of the cool things discussed at the XDA Developer’s forum. I have already been able to partially root my Nook Color running 1.2. I have installed a few apps like the Amazon Market (can’t install apps from it yet). I also have Amazon Kindle, Dolphin Browser and a few others all running on a Nook Color with 1.2. I learned how to do it all at XDA.

Our advice is to keep trying and keep raising a stink with Barnes and Noble. Also keep commenting because I know for a fact that at least one representative from Barnes and Noble is following the news here at GBM.