We are starting a new feature on GotteBeMobile, sharing the hottest news in Notebooks from our sister site Notebooks.com just in time for lunchtime reading. This afternoon we have a heaping helping of hands on videos, news of OS X Lion and a few other items worth checking out.

First off are Notebooks.com’s first impressions of two new Toshiba devices. First up is the Toshiba NB505 netbook which comes in a bright dimpled green and offers a fairly portable package, even though the keyboard isn’t up to snuff. 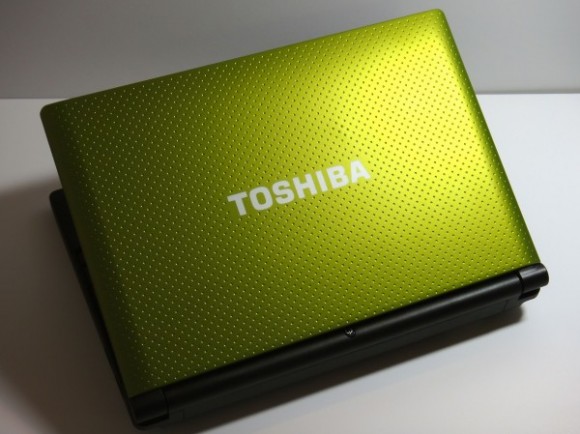 Next up is the Toshiba Satellite L655D-S5164RD, a 15.6″ red notebook with an AMD quad core mobile processor and one of the best mousepads we’ve used on a Windows notebook. Both articles include our hands on videos and first impressions of the notebooks.

In other news, we’ve rounded up all of the new, and somewhat hidden, features in OS X 10.7 Lion including all kinds of goodies such as singing PDFs with your iSight camera, previews, Find My Mac, Multi User remote control and more. If you want to see what’s coming in OS X Lion this summer, head over and check out What’s new in OS X 10.7.

We’ve also had enough of Java updates that try to install extra software after Java attempted to install an update on a computer that already had anti virus, confusing out in-laws in the process. Chuong also clues us in on the possibility of Android style unlock screens coming to iOS in the future.

In all, a pretty busy morning for Notebooks, let us know if you want us to test anything out on the Toshiba NB505 or the Satellite L655D and we’ll get back to you for the final review.