With a Samsung Galaxy Note 2 Android 5.0 Lollipop release seemingly confirmed and details swirling around, we’ve been taking a look at Samsung’s upcoming Lollipop update. Last week, we broke down what we currently know and today, we want to take look at what we expect from the Galaxy Note 2 Lollipop release in the United States and elsewhere.

A little more than two years ago, Samsung introduced the Galaxy Note 2 to the world, a device that followed up the popular Galaxy Note with new carriers and new features. The Samsung Galaxy Note 2, at the time, ran Android 4.1 Jelly Bean, an extremely outdated version of Google’s operating system. Since then, we’ve seen Samsung push out numerous Android updates to the aging former flagship and it appears that the device might have one more update left in the tank.

Android 5.0 Lollipop is the current version of Google’s operating system and it appears that the Galaxy Note 2 might get the update at some point down the road. Nothing is confirmed though the Galaxy Note 2 is using a quad-core processor and a ton of RAM, something that should help if the company does decide to roll an update out.

The Galaxy Note 2 is past the two year mark which puts it in a gray area. And that’s left some Samsung Galaxy Note 2 users with questions, particularly those who are thinking about upgrading this year.

Today, we want to play psychic and take another look into our crystal ball in an effort to set consumer expectations. Here, we take a look at what we expect now from the Samsung Galaxy Note 2 Lollipop update in 2015.

Samsung Denmark and Samsung Finland both suggest that the Galaxy Note 2 Android 5.0 Lollipop will roll out to users at some point in the future. Samsung’s South Korean arm has not made an announcement though and that leaves the update in limbo.

We’re still not sure if Samsung is working on an update, regional wings have a tendency to put out bad information, but the listing certainly leaves the door open for upgrades. 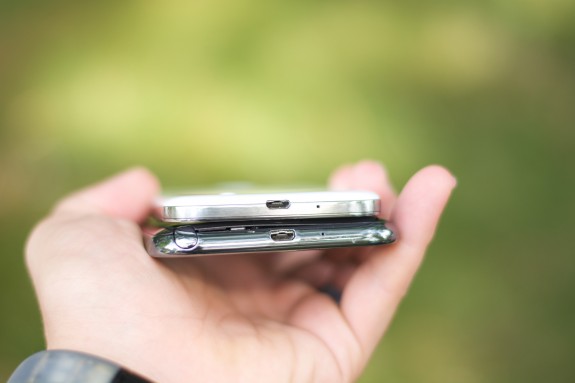 If Samsung does plan to roll out a Galaxy Note 2 Lollipop update, we would expect maybe one vague confirmation ahead of time but for the company to remain silent while it tests the software behind the scenes. The worst thing it could do would be to confirm the update and then decide against it if testing suddenly goes bad.

For the moment, it’s looking good but don’t expect anything specific to arrive in the near future. Samsung’s focused on its current flagships like the Galaxy Note 3 and Galaxy S4, all of which have Android 5.0 Lollipop updates confirmed.

If Samsung does roll out a Galaxy Note 2 Lollipop update like these regional arms suggest, we would expect the start of the roll out to be several months away. The Galaxy Note 2 is an old phone which makes it less of a priority. Don’t expect Samsung to stretch itself thin trying to get the device upgraded. We would expect it to focus on the key devices and then shift to a device that’s more than two years old.

We haven’t seen any carriers confirm it and Samsung remains silent which means that it’s probably not going to be coming in the early part of 2015. If anything, we’d expect it to arrive closer to the middle or second half of the year after Samsung’s pushed out Android 5.0 Lollipop updates for its top devices. Galaxy Note 2 users should temper their expectations starting now.

Roll Out to Take Months & Possibly Stretch Into 2016

Samsung always slow rolls its updates. Just look at the Galaxy Note 2 Android 4.4 KitKat update. It started back in April and it’s still pushing out to carriers around the world. Given the device’s age and the fact that an update isn’t anywhere on the horizon, we’d expect the roll out to stretch into late 2015 and perhaps, into 2016. 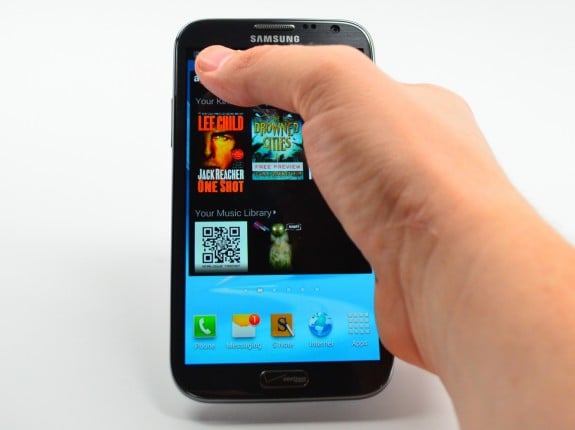 If Samsung does go through with this update as planned, it will need to test the software on a ton of different variants for a ton of different regions, assuming it doesn’t just stick to a select few like it did with Android 4.4.4 KitKat.

Samsung must test those updates behind the scenes, prepare them with carrier partners, get them certified, and then push them out to users. It’s not a quick process and each update comes with its own set of challenges. We’ve seen this very thing with Android 4.4. While some Galaxy Note 2 variants have the update, others are lingering due to problems in testing.

Once the roll out begins, if it begins, we expect Samsung to work hard to deliver the update in a timely manner but we do expect the push to take a long time.

One way or the other, Galaxy Note 2 users will find out their fate. We expect details to emerge sooner rather than later now that Samsung’s clearly starting a big Android 5.0 Lollipop push around the world.

If Galaxy Note 2 users are lucky, these upcoming details will confirm an update. This information may not come from Samsung itself. In fact, we wouldn’t be surprised if a site like SamMobile got fed information or if these regional wings updated their Android update charts to reflect more specific information.

The point is that we expect some kind of information to emerge ahead of the actual release. It’s just not clear if that information will be positive or negative for Galaxy Note 2 users. Be on the lookout for new details as Samsung’s Android 5.0 Lollipop update makes progress.

We fully expect the United States to once again be a focal point for Samsung as it focuses in on key markets. The U.S. is a battleground and Samsung’s put great importance on it over the past couple of years.

Do not expect U.S. carriers to talk at all about the Galaxy Note 2 in the buildup to a possible release. We might see some U.S. information leak but carriers themselves won’t be answering any questions. They tend to remain silent all the way up until the actual release arrives so as not to set expectations.

We’re not expecting many, if any, Samsung Galaxy Note 2 Lollipop update leaks between now and the start of a roll out. Samsung and its carrier partners have clamped down on leaked test builds and we’ve only seen a few Android 5.0 files leak out to the public thus far. We’re not expecting many more and that’s probably a good thing. Test software can wreck havoc on devices if you don’t know what you’re doing.

If carriers do push out Android 5.0 for the Galaxy Note 2, we’d expect their change logs to be different. They will share some of same system-wide features but we’d expect carrier-specific changes to feature on the change log.

SamMobile claims that Samsung is testing Android 5.0.2 Lollipop behind the scenes and that it should come to its flagships in the future. Details are scarce but we assume that the update will come with enhancements meant to stabilize the software. We’d expect the Galaxy Note 2 to get the latest and greatest version of software whether that’s Android 5.0.1 or Android 5.0.2.

Last Update, If It Arrives

Should the Galaxy Note 2 Lollipop update roll out, we’d expect it to be the last update. This is a phone that’s already sitting in a gray area thanks to its age and Samsung hasn’t been known to offer three years of software support like Apple does with the iPhone. We’d be surprised if Android 5.0 Lollipop rolled out and floored if Samsung continued updating the device in the months after its arrival.