Note to Gadget Makers: It's About The Software!

In a press release touting their sales in the month of June, Nintendo announced that sales of their classic DS portable console outsold the new 3DS by a 2:1 ratio (as reported by Techcrunch). Along with the woes of Android tablets, this is just the latest example that we have seen of a very simple and predictable formula that gadget manufacturers never seem to quite get: it’s all about the software. 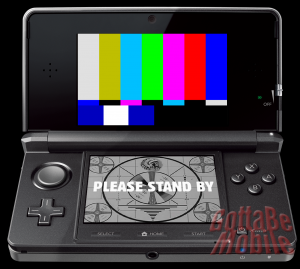 The 3DS is a very solid portable gaming device. It’s a huge upgrade over the original DS’ horsepower, which Nintendo never changed over the course of seven years. Yes, they made the DS thinner, added cameras, and even expanded the screen, but the processing power and graphics stayed the same – until the 3DS arrived this year. It was one of the most hotly anticipated non-Apple gadgets out there. Surveys in late 2010 by gaming magazines showed that the 3DS was the upcoming piece of hardware that fans were the most psyched about.

Yet Nintendo’s latest descendant of the Gameboy is here, and it’s getting spanked in sales by its old man, the DS. What’s up with that?

The 3DS launched with a lineup that a Little League team would be ashamed of. The “hottest” (we use that term lightly) title at launch was probably Street Fighter IV 3D. While many people enjoy Street Fighter today, this is a franchise whose hey-day was back when Pearl Jam was in steady rotation on MTV.

Nintendo delivered a weak launch lineup for the 3DS, and it’s been off to a slow start. Nintendo points out that the 3DS saw “double-digit growth” in June, but if it weren’t for the launch of the system’s first notable game, Zelda: Ocarina of Time 3D, they wouldn’t likely be saying that. That we’re four months into the system’s launch and it’s getting trounced by the DS speaks volumes to the mammoth importance of software development on any platform. 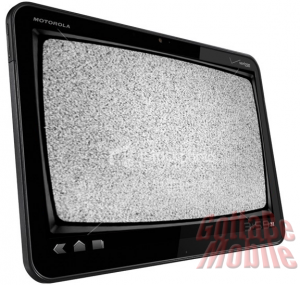 You can see this just as obviously in Android Honeycomb tablets. It’s easy to forget now, but they were hotly anticipated before they actually got into customers’ hands. The XOOM was named best new product at CES, blogs buzzed about the mind-boggling specs, and the possibility of Android tablets taking off just like Android phones have was a hot topic.

We all now know that none of that has happened. The iPad continues to dominate the market, despite being outnumbered in quantity by a rapidly multiplying lineup of Android tablets. Why? iOS has the apps. Android has many great phone apps (much of the reason why Android phones are so successful), but few are optimized for large tablet screens. In terms of tablet gaming, Android isn’t even worth mentioning in the same breath as iOS.

With Motorola, Samsung, LG, and the other Android tablet manufacturers, this wasn’t easy to avoid, but it could have been.

There’s no reason that a hardware manufacturer can’t divert funds into software development for the platform that their system runs. Motorola could have invested in a fund to pay Android developers for creating tablet-optimized apps that would be ready for the XOOM’s launch. They could have done the same for iOS devs to port their iPad games over to Honeycomb. Sure, since it’s an open platform other manufacturers would benefit from your investment. But if it means guaranteeing that you have a rock solid software lineup out of the gate – wouldn’t it be worth it?

While it’s somewhat understandable that the Android tab makers didn’t go to these lengths, Nintendo has no excuse. The best games on their consoles have always been in-house titles. Any one of the ten billion Mario franchises, Zelda, Metroid, Punch-Out… none of these showed their faces until Ocarina of Time‘s launch in June. Netflix, which just launched for the 3DS, is a great addition – but they needed that in March.

If they would have taken the time to have at least a couple of these killer apps ready when the 3DS launched, we would be hearing a lot more about it now. Instead, it’s getting its buttocks handed to it by a system whose gaming capabilities date back to George W. Bush’s first term.

Look at the launch of the iPad in April of 2010. Netflix, iBooks, Kindle, Plants vs. Zombies, Tweetdeck, Pandora, and ABC Video Player were all in the AppStore on Day One. People didn’t even know what an iPad was for, but these apps certainly started to give them ideas. Fast forward to today and Apple’s tablet is the success story of the last two years. Go figure.

At this point, it won’t be impossible for the 3DS and Android tablets to recover – but it will be an uphill struggle. Their reputations are now tarnished. If a system launches and it can hardly stay on the shelf, it gets a certain mystique about it that leads to more and more buyers. If, however, it gets a reputation as something that nobody wants – it will snowball in the opposite direction. Once that happens, it’s much more difficult to turn it around than if they were starting from a clean slate.