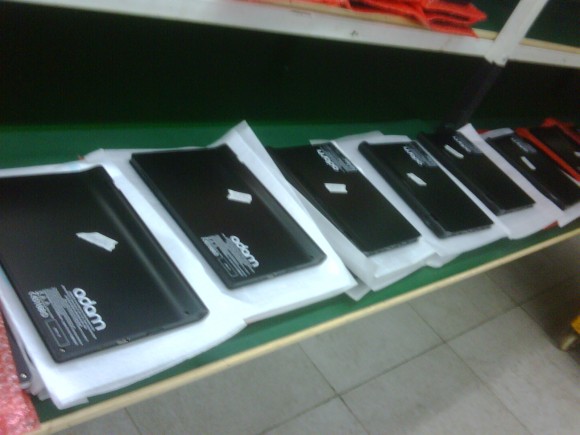 Now that Notion Ink’s Adam Android tablet has cleared the FCC, the company is saying that it will begin shipping the first batches of the slate to consumers starting today. In its official blog, Notion Ink says that it had mentioned February as a shipping date as a precautionary measure since it wasn’t sure how long it would take the FCC to approve the Adam tablet for U.S. use, but now that the tablet’s been approved, February delivery status should be updated to the end of January. The company has even posted images of the Adam in its warehouses to prove that they are stocked and ready to go.