Today NVIDIA introduced its newest processor for smartphones, the Tegra 4i, the first Tegra processor to include a 4G LTE radio.

The Tegra 4i includes the specialized High Dynamic Range engine NVIDIA built for the Tegra 4. The feature lets users take HDR photos almost instantly thanks to a new method of creating that photos that NVIDIA created, which is calls Chimera. NVIDIA also showed a reference tablet using a Tegra 4 taking HDR video in real-time at CES, which will also work in the Tegra 4i.

Other camera enhancements include HDR panoramas and tap-to-track capabilities. 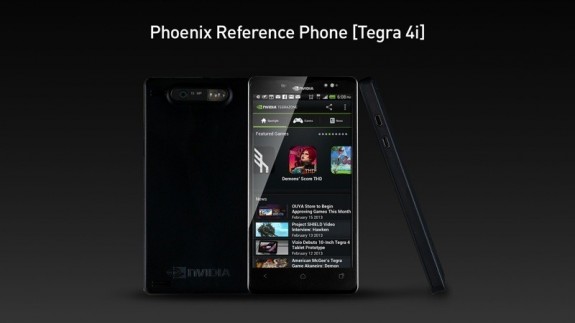 To demonstrate the power of the Tegra 4i processor NVIDIA created the Phoenix reference smartphone. The Phoenix smartphone features a 5-inch 1080p display and a 13MP Sony camera sensor. The phone itself looks very boxy, almost reminiscent of the BlackBerry Z10 running Android, but the design doesn’t matter much

NVIDIA won’t sell the Phoenix smartphone directly to users, but its partners can use the smartphone as a starting point for their own designs. If the Phoenix is part of NVIDIA’s rumored plan to create white label devices for smaller manufacturers to produce, it could mean a lot of the first Tegra 4i phones will look like the Phoenix. 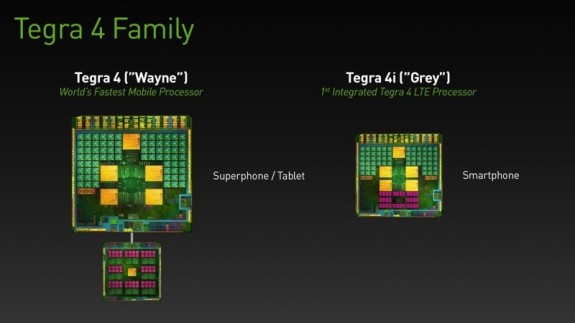 The new NVIDIA Tegra 4i has 60 graphics cores, which is a bit less than the 72 graphics cores found in the Tegra 4 processor, but much more than the 12 cores inside the Tegra 3. The Tegra 4i is smaller than both of the other chips, and includes a 4G LTE modem, which means it will leave space in phone for other parts manufacturers want to include.

It’s not clear when the first phones with the new NVIDIA Tegra 4i will come to market, though it seems likely phones will start to appear around August or September alongside Tegra 4 phones, if not earlier.