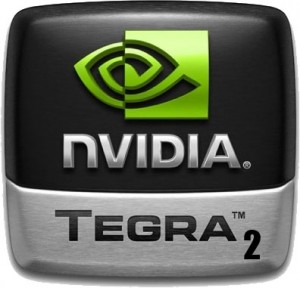 Though the industry and Motorola CEO Sanjay Jha had attributed the lack of native Android apps optimized for the tablet experience for the poor sales of the first Honeycomb tablet, the Motorola Xoom, NVIDIA says the problem is more than just software, laying blame on poor sales of the initial batch of Honeycomb tablets due to pricing and positioning of the tablets in the market.

In an interview with CNET, NVIDIA CEO Jen-Hsun Huang says, “It’s a point of sales problem. It’s an expertise at retail problem. It’s a marketing problem to consumers. It is a price point problem.”

Though Huang didn’t explicitly reference the $500 entry price point of the market leading iPad, which is available with a WiFi-only model to keep costs low, Huang criticized Android tablet makers for making 3G or 4G models as the starting price point when a cheaper WiFi model should have been available at launch.

At launch, the Motorola Xoom, which is the first tablet to debut Google’s Android operating system on NVIDIA’s dual-core Tegra 2 processor, came only as a 3G/4G model for Verizon Wireless. Motorola justified the tablet’s high $800 asking price for the mobile broadband enabled tablet with 32 GB of on-board storage due to the added value of 4G LTE technology, which Verizon says can deliver speeds of up to 10 times faster than 3G.

Huang did acknowledge Jha’s concerns that the number of tablet-specific apps in Android Market still pales in comparison to the number of iOS apps that are optimized for the iPad, saying, “And it’s a software richness of content problem.”

Whatever the case may be, Huang ended the interview on a more positive note, saying that any problems are getting solved and that Tegra 2-powered tablets are becoming more richer. That may be true as the Asus Eee Pad Transformer is experiencing great demand due to its low entry price point of $500 for a WiFi-only version.

Despite a lot of promise at Honeycomb’s initial introduction on the Xoom earlier on in the year at the Consumer Electronics Show, I postulate that the main reason why Android tablets have not gotten off to a good start is that the launch was botched in large part by Google. The company had at the time promised Adobe Flash support, micro SDHC card cabilities, USB ports, and 4G wireless networking. However, at the onset of launch, Google, Verizon Wireless, and Motorola failed to deliver those promised features–features that would have set any Android tablet apart from the more curated iPad experience where Apple CEO Steve Jobs still is waging a war against Adobe Flash. Unfortunately, as those features weren’t available at launch, consumers began questioning the value of a Honeycomb tablet when very few things set apart the experience from the iOS iPad, the market leader, which boasts a larger catalog of apps. Speaking of apps, on Android, at launch, there were no apps optimized for the tablet experience, and four apps popped up within a number of days, but that that still pale in comparison to what’s available for the iPad. Additionally, the confusing and complicated future upgrade potential of 4G capabilities on the Xoom may have some consumers sitting on the sidelines.