NVIDIA has formally announced Gamestream, an upgrade and rebranding of the streaming technology that allows its NVIDIA SHIELD handheld console to stream video games from their PCs.

The company announced the updated project at a press event in Montreal this morning. Launching on October 28th, the Gamestream standard allows PCs equipped with NVIDIA’s graphics cards to stream live game play to other devices. For example, a user could have the PC version of Batman Arkham Origins running on their personal computer in one room and actually interact with the game using the NVIDIA SHIELD console in another room.

NVIDIA says GameStream is able to provide this functionality because it has done work to ensure that its products deliver “super-smooth” video and provide a low amount of latency between devices. Low latency is key for gamers as it’s the actual measurement of the time it takes for a button press on the NVIDIA Shield to reach their PC. High levels of latency could be the difference to completing a level in a game or walking away from it in frustration. 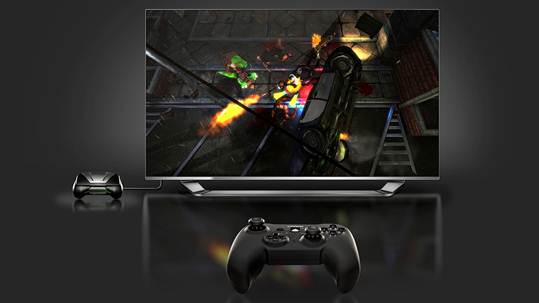 Unfortunately, the functionality doesn’t come without a few costs. Potential users will need one of the GameStream Ready routers made by ASUS, Buffalo, D-Link and NETGEAR. They’ll also need to have an NVIDIA SHIELD and one of the company’s GeForce GTX Graphics cards.

Games need to be designed with GameStream in mind as well, however NVIDIA says that the technology is supported by “more than 50 top PC games.” These include Batman: Arkham Origins and Assassin’s Creed IV: Black Flag. As of today, gamers can’t use the new GameStream service with NVIDIA’s GRID cloud service, however the company says it has plans to add support for that scenario down the road.

To celebrate the release of Gamestream, NVIDIA is giving users a $100 discount and free copies of Assassin’s Creed IV: Black Flag, Splinter Cell Blacklist and Batman: Arkham Origins when they purchase one of the company’s GeForce GTX graphics cards. The NVIDIA SHIELD costs $299.