Nyko and Nvidia want to make gaming on Android devices more like gaming on consoles with a new collection of PlayPad controllers.

The new Nyko PlayPad and PlayPad Pro controllers are specially designed for games running on Tegra devices. Nvidia is helping Nyko create the controllers to make sure they work with as many Tegra games as possible. The controllers should work with all games in TegraZone when Nyko releases them this fall.

Both the PlayPad and PlayPad Pro offer two analog sticks, a d-pad, four face buttons, and at least two shoulder buttons. The PlayPad is compact and comes with its own carrying case and collapsible tablet stand. The PlayPad Pro is larger with bigger grips. Nyko designed the PlayPad Pro for use in the living room instead of on the go. 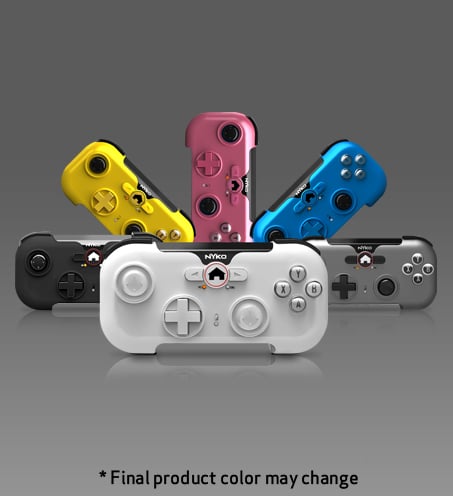 Both new controllers connect to Android tablets via Bluetooth. They will work with any Android tablet with Android 3.0 or higher.

Nyko mentions a few times in the release that neither the controllers nor the Playground app require rooting to function.

Unfortunately, as of right now, we don’t know how much the PlayPad or the PlayPad Pro will cost when they are released this fall.