The Google Nexus 7 is so popular that even the official cases are selling for well over retail on eBay.

While Google and Asus are scrambling to produce more Nexus 7 tablets, those who already have them are trying to get a hold of the official case before Google starts selling it. Google has the official case in the Play Store as selling for $19.99, but it’s listed as “coming soon” with no estimate on when it will arrive.

Some eBay sellers already have the cases on hand, however, and buyers are willing to pay as much as five times what Google is asking for the case. A recent eBay sale of the case ended with the buyer paying $100 for protection on their 7-inch tablet. Another sale that has just over four days left currently sits at $54. 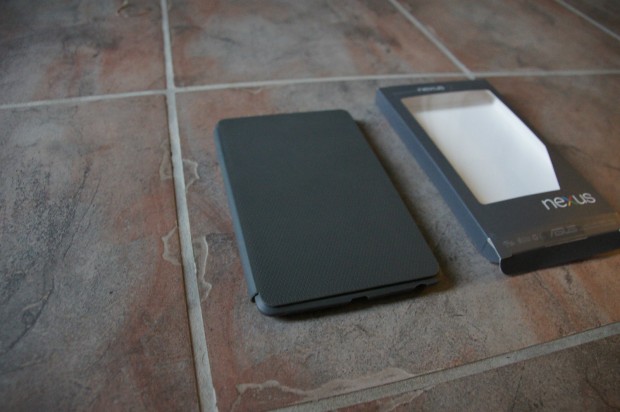 The case itself looks relatively simple. It’s a hard plastic back that snaps around the device and a cover to protect the screen. It’s just like many cases for similarly sized cases, and fairly similar to other cases we’ve seen for the Nexus 7.

The strange part of the cases on eBay is that Nexus 7 tablets aren’t selling for much over list price on the auction site. Some users put the tablet on sale for well over the asking price, but most are listed as Buy It Now or have very few bidders. Users aren’t turning out in huge numbers to the service to buy the 7-inch tablet, but they are going to the auction site for the official case.

We assume that most potential buyers are patient enough to wait for the tablet, or they already have the version they want. Most eBay sales are for the 8GB version, so it might also be that users are holding out for the 16GB version.

Either way, we know that at least some users who do have the Nexus 7 are willing to pay almost have the price of their tablet for a case that Google will eventually sell for one-tenth the price of the base model of the tablet.