A new Nexus 7 2 accessory has finally made its way to the Google Play Store in the form of a a sleeve that users can use to protect Google’s new tablet. Problem is, thanks to an already pricey price tag and some obscene shipping costs, owners of the Nexus 7 may want to look elsewhere for a sleeve to protect their 7-inch slate.

We saw the Nexus 7 2 sleeve appear on the Google Play Store some time ago but today, those looking to buy finally have their chance as the sleeve is now on sale through Google’s Play Store portal. The sleeve, which costs $29.99, is already a little expensive when it comes to what it offers Nexus 7 owners. While it’s nice, it’s on par with other sleeves that cost less through other retailers.

An official Nexus 7 accessory has hit the Google Play Store. But it’s expensive.

It also doesn’t help that the accessory is going to cost buyers $17.68 in shipping costs for standard shipping times. That puts the accessory at nearly $50, very expensive for a sleeve.

Those who do decide to the take the plunge will find a sleeve made out of neoprene that form fits to the Nexus 7 and allows for easy access. It also has an outer pocket where users can store accessories like headphones. It’s a nice accessory but buyers will have to consider their options if it remains at a whopping $50. 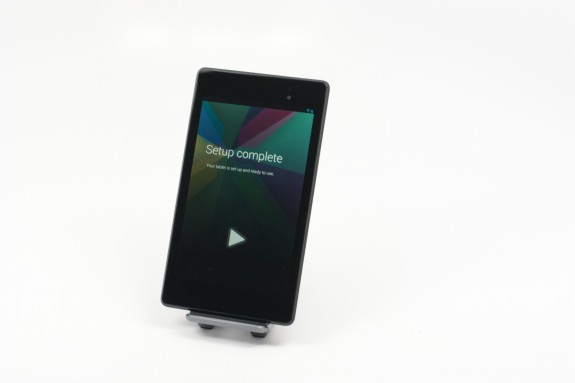 The new Nexus 7 has been on sale since late July.

The sleeve is the first official Nexus 7 2 accessory to go on sale at the Google Play Store though it likely won’t be the last. Google typically takes its time releasing accessories for its Nexus products and it doesn’t appear that that will change with its new Nexus 7.

Google’s new Nexus 7 has been on shelves for a number of weeks now, offering buyers several upgrades from the original Nexus 7 that arrive on shelves last July. Google has also promised an LTE version of the Nexus 7 though that model, destined for AT&T, Sprint and Verizon, has not shown up on the Google Play Store just yet.