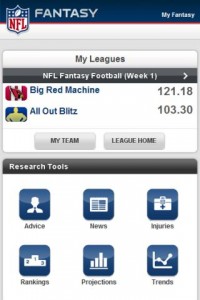 Android users have had to make due with non-official solutions like Words with Friends in the past while iOS users have long enjoyed the official Scrabble for some time now, but now Electronic Arts is releasing Scrabble as a free download on Android Market. As Scrabble is a free title, you’ll have to face ads.

Ads are displayed in two ways–after every turn, and also as a banner ad on the bottom of the screen.

Performance, for a simple word game, seems a bit questionable as the game does slow down and hiccup sometimes. There was some lag between animations, especially when trying to dismiss the ads after every turn. Even with the HTC EVO 3D’s dual-core Snapdragon CPU, there was lag. If it was a graphics-intensive game, I wouldn’t be complaining, but as this is a simple word game, it seems that performance could have been more optimized. Perhaps the lag can also be attributed to the variety of hardware that EA has to build Scrabble for on the Android platform, where the problem can be attributed to Android fragmentation.

Other than that, Scrabble plays as expected, and you can play opponents on Android or iOS.