Following an earlier report that Apple’s next iPhone–the model that would succeed the iPhone 4S in the company’s lineup–will debut this October, we’re hearing from Topeka Capital Markets analyst Brian White that the new iPhone would use a radically different design than what is currently employed today. White says that the next-generation iOS flagship smartphone will debut with a 4-inch display and a new unibody case.

The report of the 4-inch unibody iPhone appears on BGR.

White didn’t specify if Apple will utilize a metal unibody design, as it had with the first iPhone that debuted in 2007, or if the company will instead opt for polycarbonate materials, like what Nokia is using on its flagships Lumia 800 and Lumia 900 Windows Phone 7 smartphones. A metal construction would likely mean that Apple would have to make alterations to the antennas to give the device better reception as metal often interferes with reception on devices. A polycarbonate material would mean that the device may lack the ‘premium’ feel that iPhone users have become accustomed, as found on the original iPhone, the iPhone 4, and the iPhone 4S. 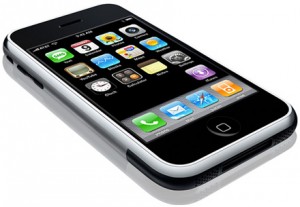 Another new feature for the iPhone that would attract buyers would be the inclusion of a 4G LTE radio, which already debuted on Apple’s latest iPad. The addition of 4G LTE would give users up to ten times faster Internet speeds compared to 3G and would be a great reason to upgrade, but White believes that the new design will be the primary reason why consumers will be upgrading.

“This new, sleek look will be the most important reason that consumers decide to upgrade to the iPhone 5, while we believe the addition of 4G will also attract buyers of the new device,” White says. “We believe the iPhone 5 ramp for the December quarter could be extraordinary, dwarfing previous launches and driving the stock closer to our $1,001 price target.”

Additionally, it is reported that Apple has already begun testing the new A5x chipset for the iPhone with 1 GB of RAM. In testing right now, to eliminate leaks on what the new design will be, Apple has placed the new chipset in an iPhone 4S body according to reports.