Lenovo is bringing a new technology to secure and unlock Android smartphones to its Lenovo A586 smartphone in China by allowing users to use their voice. On Android handsets, users can add a PIN, alphanumeric password, pattern, or face to unlock their smartphones, and now Lenovo will be adding voice to allow users to quickly unlock their handsets.

The speech recognition and authentication engine that Lenovo is using was developed by A*STAR’s Institute for Infocomm Research and Baidu-I2R Research Centre. 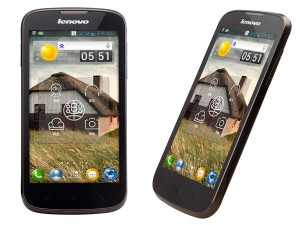 Essentially, the technology works by having a user choose a passphrase, like ‘Open Sesame’ from old lore, and the speech engine would detect if the spoken command is spoken by the owner of the phone in what Lenovo is calling ‘voiceprint,’ which is similar to a fingerprint for authentication.

Unfortunately, the phone itself is still limited only to the Chinese market, so users in the U.S. likely won’t get to see or test out voice unlock. The device itself seems to be an entry-level smartphone with a 4.5-inch FWVGA display and dual-core processor.

Voice in the Past

Voice has been used to help simplify and minimize screen gestures and commands in the past to varying degrees. Samsung, for example, allows users to wake up their phones by saying a command, like ‘Hi Galaxy.’ Voice was integrated by LG into their phones through spoken camera commands, like saying ‘cheese’ to take a photo. However, this is the first time that voice is being used to unlock a device on a commercialized product.

Nuance has also been working on a method to unlock a smartphone via voice, called Dragon ID. The project hasn’t been commercialized yet, but works in a similar way to Lenovo’s implementation.

Other Methods to Unlocking a Smartphone

Before Lenovo’s implementation of using voice to unlock a smartphone, Android has other methods as well. There is a simple PIN code, which uses numbers, an alphanumeric password, and also pattern unlock, allowing users to draw a pattern by connecting dots on a grid. More recently, Google introduced a method that incorporates the front-facing camera in the Face Unlock feature, which detects a user’s face. On the original Motorola Atrix 4G, Motorola had also used a biometric fingerprint scanner to allow users to unlock their phones that way.