"Open" Will Always Be a Myth for Most 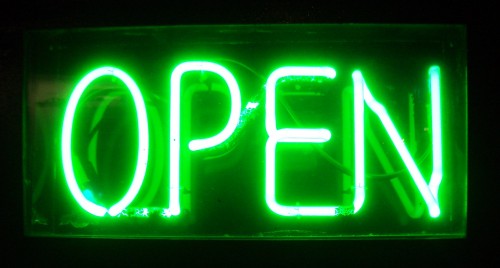 Last night, Sumocat put up a post about CRAPP on smartphones, extending my long running issue with CRAPWARE in general. It’s a problem consumers have always faced, and sadly, always will when there’s money to be made with deals that make manufacturers and carriers money. Running parallel to Sumocat’s points about CRAPP, TechCrunch’s MG Siegler (an avowed iPhone fan) is waging a small war against Android fan boys challenging the the concept of Android’s “openness.”

MG started that with a post over the weekend posing the question about whether or not Android was only surging because Apple is letting it. That post was good comment bait fodder and you don’t have to read the comments to guess what they said. And of course one of the predominate themes pounded home in those comments was Android’s “openness” vs. Apple’s closed shop. MG came back with another post challenging the myth of “openness” and it is a good follow up that essentially makes Sumocat’s point as well.

The reason I call the “openness” thing a myth is, well, because it is. As long as our existing US model of letting the carriers call the shots exists we’ll see some form of lock down, intrusion, carrier idiocy, and user be damned policies. Whether that is Apps that we can’t delete, or not being able to get Apps we desire, or hardware/software options we’d care to have but can’t, it will always be there. The one point that MG makes that resonates above all is that paradoxically it is possible for the carriers to stack their own decks on the ever increasing Android platform because of Android’s “openness.” The other part of this issue that I find fascinating is how much the update path for Android handsets keeps reminding me of the old Windows Mobile days as it is subject to the carrier’s timetable and not Google’s. I’m not sure if that is a short memory issue for those who aren’t troubled by it, or if Android is just that good, but I think this issue could be scored to an old Crosby, Stills, Nash, & Young tune.

Frankly, as we bitch and moan about this, I just don’t ever see it changing. Sure, if you’re into rooting or jailbreaking your devices you can have what you want, but I would wager most consumers don’t ever think about doing that, and I think that’s the key that will give “openness” its Holy Grail status for quite some time to come.

Of course this issue is bigger than just what Apps are on your phone or whether or not you can tether your phone, or use FaceTime. But that’s what the whole Net Neutrality debate is about now isn’t it?