Oppo has revealed its phablet competitor to the LG Intuition 4G on Verizon Wireless and the Samsung Galaxy Note on AT&T and T-Mobile USA as well as the Galaxy Note II in the form of a 5-inch smartphone called the Oppo Find 5. The device features a pixel-topping 1080p HD display in that form factor, giving it a resolution of 441 ppi. It’s unclear if the human eye can really discern anything above a 300 ppi display, but this one is definitely looking to out-retina Apple’s Retina Display on the iPhone.

The display would be a five-inch panel with a resolution of 1920 X 1080 pixels. The device would compete with HTC’s rumored 1080p HD phablet with a similar 5-inch screen. 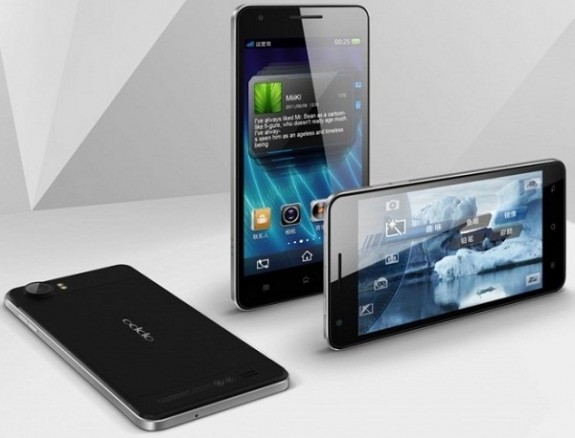 The Oppo Find 5 will be powered by a quad-core Qualcomm Snapdragon S4 Pro processor.

Additional details are scarce on the Oppo Find 5, including whether or not the device will support 4G LTE network connectivity or if it will be limited to 3G HSPA/HSPA+.

On the part of the HTC phablet, which has the model number HTC 6435LVW, Engadget is reporting that the device will be powered by a dual-core Snapdragon S4 processor, which is contrary to the quad-core S4 Pro rumors we’ve heard of in the past, and also 4G LTE connectivity. That device will also support the N-Trig active digitizing technology that was found in HTC’s Flyer tablet and will give HTC’s latest tablet competitive specs to the Galaxy Note and Galaxy Note II in terms of supporting pen-enabled handwriting support. Samsung says that the Note II uses active digitizing technology from Wacom.