The Optoma CinemaX P1 is an ultra short throw 4K projector with a great soundbar and the ability to project a 100-120-inch image without the complications of a typical projector setup.

For $3,700 you get the projector and soundbar combo, and then you can pair it with a screen and your good to go. This type of setup works best with a screen designed for an ultra short throw projector, and if you are using it in a normal room you’ll want to splurge on an ambient light-rejecting screen.

The Optoma CinemaX P1 is a beautiful black rectangle with sharp corners and gold accents. It looks great at the front of a living room mixing in nicely with a modern entertainment stand.

I tested this with an Elite Screens motorized screen, but if you are permanently installing this I recommend going with the Optoma ALR101 or a similar ambient light rejecting screen that mounts to your wall.

Optoma uses a Texas Instruments 4K DLP laser to deliver a bright image with a very high contrast ratio. There is no bulb to replace since this uses a laser. Like many 4k projectors in this price range, the 4K resolution is achieved through pixel shifting, which happens faster than your eyes can see. The CinemaX P1 handle 4K content very nicely and I was very pleased with the quality. 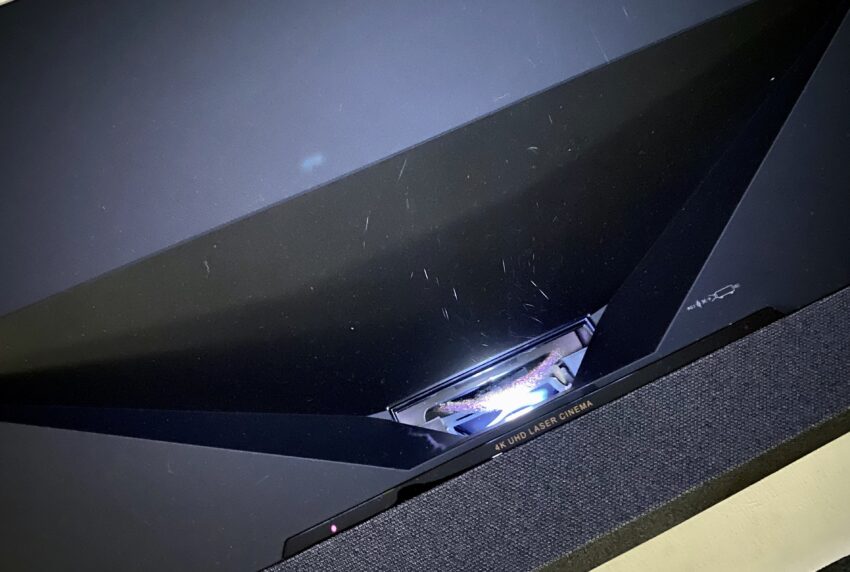 The laser projector is bright and you don’t have to worry about replacing a bulb.

Connectivity options are good with Two HDMI 2.0 ports on the back, Ethernet, S/PDIF, Aux and a USB. There is another HDMI 2.0 port on the side and a USB port. The projector also includes WiFi, so you can connect wirelessly.

Optoma offers an array of built-in apps, but you’ll likely want to plug in a 4K Fire TV stick or a game console for the best 4K viewing and gaming experience.

On the front, is a NuForce Dolby Digital 2.0 soundbar. I was initially skeptical of what this could do but came away impressed by the soundbar’s ability to fill the room and offer crisp clear dialogue.

This projector supports smart connectivity with Amazon Alexa and Google Assistant as well as IFTTT support. You can even use an infowall feature to see important details to start your day or choose the Art Gallery collection to see paintings, photos, and important info.

You’ll definitely want to go with a screen that is stretched tight or directly onto a flat white surface. Using a motorized screen with any ultra short throw projector will highlight small creases formed on the screen.

It will take a little time to setup the screen and projector at the right height and distance, but then you can use the SmartFIT app to quickly correct the projected image and fit it to your screen or wall. 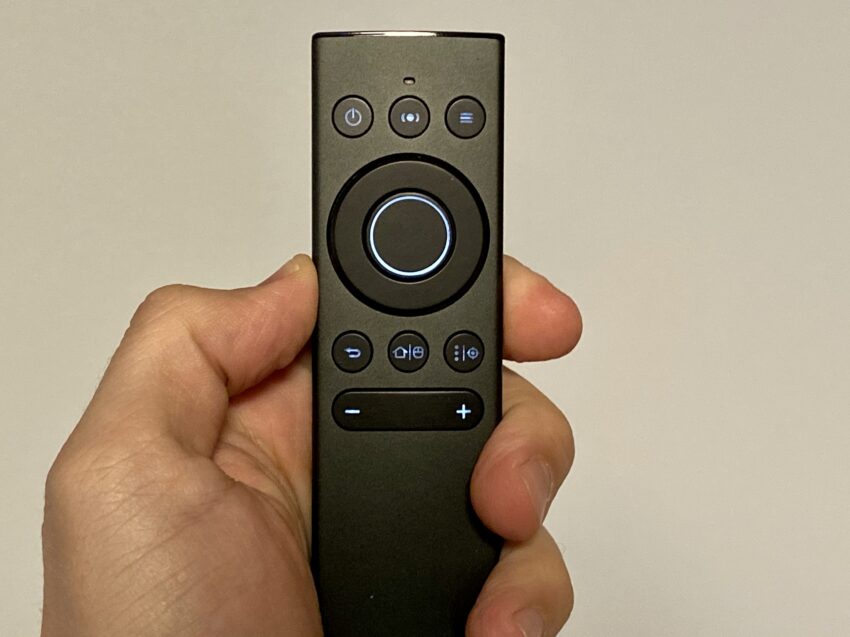 Optoma includes a nice remote that pairs by Bluetooth.

During setup, you’ll pair the remote to the projector, allowing you to use it without pointing directly at the projector. The remote is easy to use and backlit. 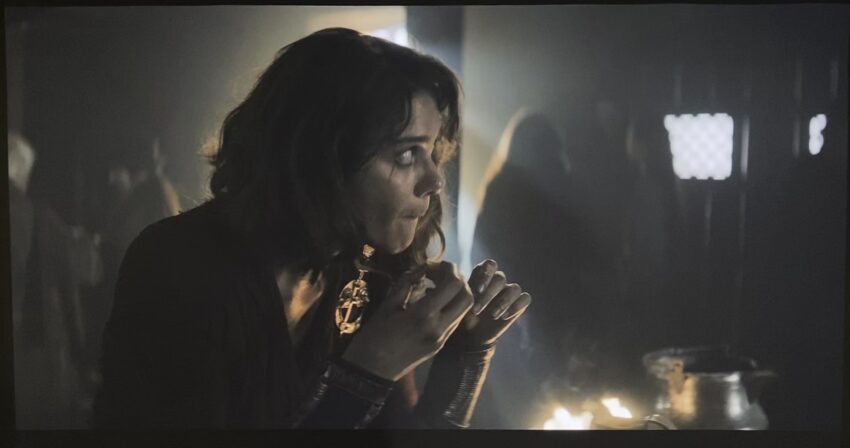 4K streaming on Netflix look great on the CinemaX P1.

I tested the Optoma CinemaX P1 with the Xbox One X as the main streaming and gaming device. This allows me to stream movies in 4K with HDR as well as play games in 4K with HDR so it’s a very good test.

Streaming on Netflix and Amazon in 4K allowed me to test the projector’s capabilities and I was impressed with the colors and the sharpness of the image.

Optoma supports HDR10 and this is where streaming on Netflix and Amazon really shine with bright colors and great detail in the shadows.

I tested the CinemaX P1 in a basement where I can control all the light, so I didn’t need to worry about ambient light. If you want to use it in a room with ambient light the projector is bright enough when paired with an Ambient Light Rejecting screen. 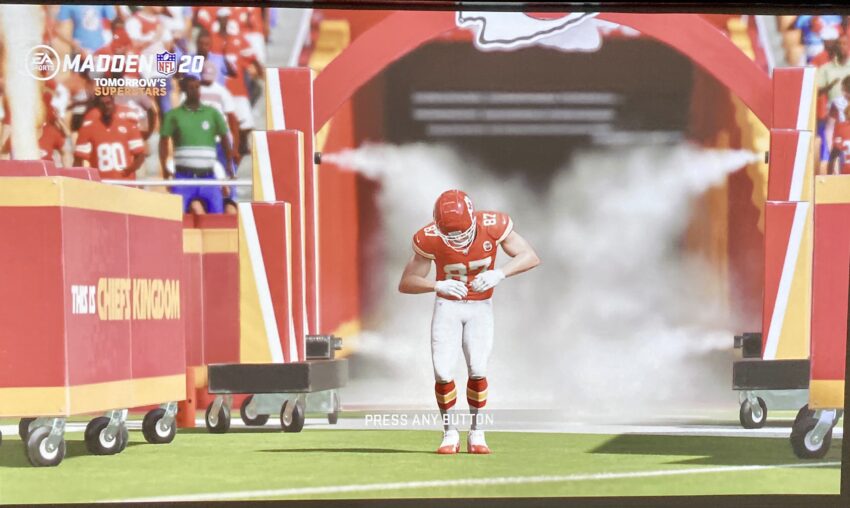 This is a great projector for gaming.

To check out the gaming capabilities I tested out several games on the Optoma CinemaX P1 and I did not run into issue switch input lag while playing first-person shooters or racing games. It was great to game on a big display, and it let me move back further in the room.