Are you still the owner of an original Motorola Droid from Verizon? Well, you’ll be happy to know that Motorola is going to be rolling out an update to the ancient device which will bring two security updates along with it.

This comes just a week after Motorola announced that it was hosting a “special project” for the OG Droid. And while this isn’t a huge update, like Android 2.3, it should definitely be welcomed.

So, for those of you that are still rocking this device, here is what Motorola had to say about the update.

Thanks very much for signing up to give feedback about your Motorola Droid. You will be testing final software for Droid. This is a very limited update providing two security patches for the device. It should be essentially “invisible” in terms of device operation. 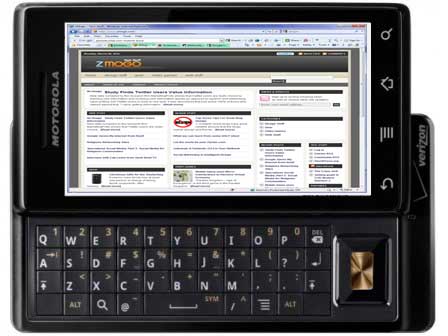 Pretty cool to see Motorola taking care of a device this far down the road.

Now, if they could only get that Motorola Droid Bionic update out…