The Overwatch Christmas update is live and it adds new Overwatch skins and loot to Winter Wonderland boxes that you can unlock by earning loot boxes or buying them through in-app purchases.

In the Christmas Overwatch update you will find more than 100 new cosmetic upgrades for your favorite heroes. This update also includes a new event called Mei’s Snowball Offensive, which is a 6 vs 6 snowball fight where you have one live.

Fans will find a Symmetra change and balancing changes for Zarya as well as other tweaks, but there is no update to the Oasis map.

The new Overwatch Winter Wonderland event is live now through January 2nd, and is in line with similar events for other first person shooters during the winter break.

Here’s a description of the new Mei’s Snowball Offensive from Blizzard, “In this brawl, Mei’s Endothermic Blaster no longer unleashes a stream of frost or shoots icicles. Instead, it’s been modified to fire a single, super-powered snowball. Taking down an enemy only takes one hit, but a miss can be costly. Once your weapon is empty, your enemies will have the advantage as you search for the nearest snow pile to reload, so don’t forget to cover your retreat with ice walls and cryo-freeze to block their attacks—and when the battle starts to heat up, you can activate Mei’s Ultimate, which turns her blaster into a semi-automatic snowball launcher, allowing you to fire continuously as your enemies scatter.”

Below you can see all of the new Overwatch Christmas skins that you can unlock in Loot Boxes. Each box you open contains at least one of the 2016 Winter Wonderland collection. This could be a profile icon, spray, victory pose, emotes, highlight intro, skin or other item. 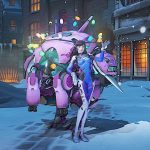 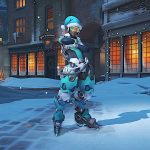 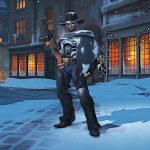 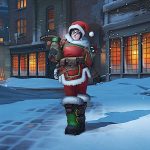 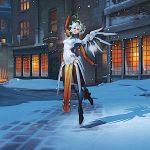 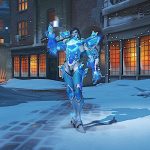 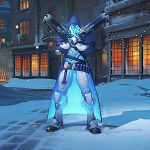 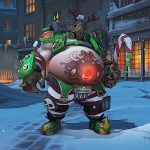 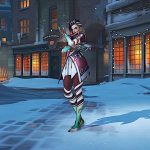 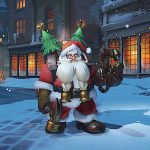 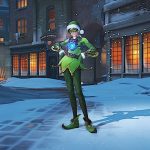 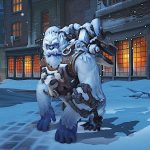 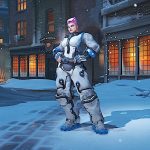 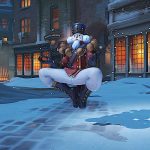 You can play the new Overwatch Christmas update on PS4, Xbox One and PC starting today. This update will be waiting for you when you boot up the game unless you have automatic updates enabled. Here’s more from Blizzard.