With a 4″ display and a 960×640 resolution, this looks like a nice device for the person who would rather have a nice point and shoot camera that adds phone functionality. Panasonic put the emphasis on the camera first. Being Panasonic I’m not surprised. In fact, that’s the draw of the device.

Panasonic, known for their popular LUMIX point and shoot cameras, will jump into the phone arena in Japan (no word on if it will be available in the US), but inspires my questions.

I love to take pictures and having a nice camera on a mobile device means I always have something to grab a photo. If you look at some of the great artistic photography that shows up on the web taken with iPhones and other Android phones, you know that with some talent a basic camera phone can do wonders. Imagine what people could do with a higher quality camera. 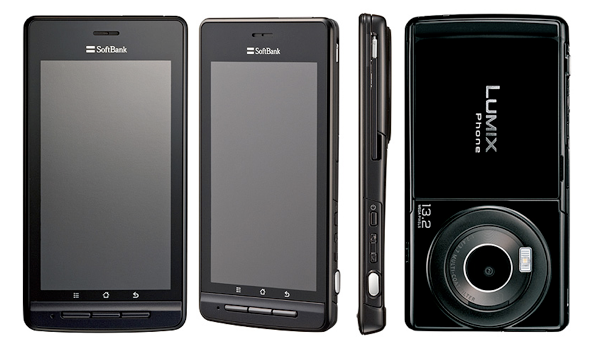 People don’t like carrying too many devices. I used to carry a phone, a PDA, and a camera when I knew I’d be taking pictures. My jam-packed pockets weighed down my pants so badly, I looked like a teen with his pants-on-the-ground. Of course, I had the good sense to be embarrassed by this. The iPhone was the first decent phone that fixed all of this. Yet I still often carry a camera, even though my current phone – a Samsung Infuse 4G  – has a nice camera.

If indeed the Panasonic phone has a camera that competes with their other quality point and shoots, would you pay a premium for a phone like this? They haven’t announced pricing yet, but lets say the camera makes the phone about $100 more than your average smartphone. Would you pay to get that good a camera?

Here are the full specs:

There is no word on whether this will ever make it outside of Japan let alone when or for how much. I would like to see it and would be very tempted if the camera takes pictures as well as the LUMIX cameras I’ve tested.