While Samsung was headlining the day yesterday announcing the Galaxy S III flagship smartphone for its range, its competitors also came out with announcements as well. South Korean rival LG debuted the LG Optimus LTE2 with what it calls a ‘true HD’ display as it doesn’t employ the PenTile-based display of the Galaxy S III’s HD Super AMOLED screen, and Pantech is coming out with the Vega Racer 2, which more closely mimics the Galaxy S III on hardware specs. 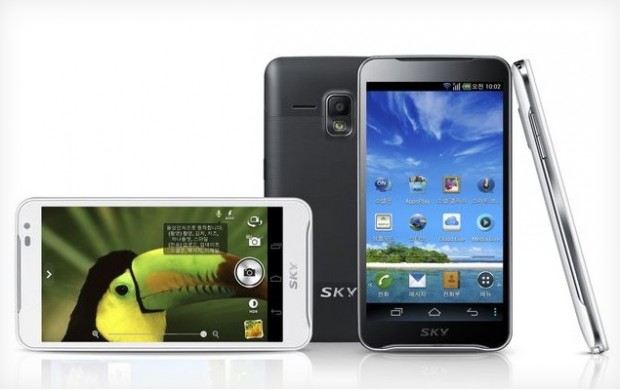 The device will have 4G LTE connectivity as well and a 2020 mAh battery that will yield about 9.5 hours of talk time.

The device is said to be only slightly thicker than the Droid RAZR Maxx from Motorola on Verizon’s network.

According to Pantech, the device will have a ceramic coating, but won’t be all ceramic.

The South Korean manufacturer has thus far not announced any pricing or availability for this device at this time.

According to The Verge, those who are looking at the Galaxy S III’s S Voice capability or Apple’s Siri functionality will also be happy to know that the Racer 2 will be coming with its own voice recognition software to activate a number of tasks. It’s unclear if gestures will also be part of the Racer 2’s user experience.