Passbook for Android: Apps to Deliver Passbook Experience on Android

Passbook is a new iPhone app that collects loyalty cards, coupons, boarding passes and tickets into a single location.

Like all Apple creations, there is no official one stop Passbook for Android app that pulls this information together. PassWallet will open Passbook files from the browser or email into a Passbook like app on Android, but with a few apps, Android users can achieve a better overall user experience.

The following apps won’t remind you when you have tickets to a Giants game, and they may require a few apps, but the upside is there’s no waiting for app developers and retailers to get on board.

This guide will show users how to replicate the best Passbook features on an Android smartphone with free apps.

Forget creating passbook passes that won’t work at every retailer, and pick up the free Keyring app for Android.

With the Keyring app, I can scan in my reward and loyalty cards for Speedway, Best Buy, Krogers and many more. This allows me to carry all of my loyalty cards without overloading my keychain.

The Keyring app also lets me add new programs by joining up with popular rewards programs from Old Navy, Foot Locker and others. There aren’t many programs to join, but I can add existing programs easily.

The app doesn’t offer a plethora of digital coupons or offers, so it’s best to stick to using this for loyalty programs. Not every cash register will scan all phone screens correctly. If the scan fails, most cashiers can enter the number manually.

Instead of using individual apps to load boarding passes into Passbook, stick with the apps for specific airlines to check in and show boarding passes.

The following airlines offer mobile boarding passes that download direct to the Android for faster processing at the airport. Many apps also include notifications if flights change, a must if you’re forced to fly United.

Most of these apps also allow flyers to pay for and check bags, monitor standby lists and more.

Unfortunately mobile ticketing is still a soft spot on Android, though it’s worth noting that Passbook support is still not widely available at most venues.

The only real player in Android tickets is the Fandango app. This app lets Android users buy movie tickets on their phone and at some theaters check in with a mobile ticket. 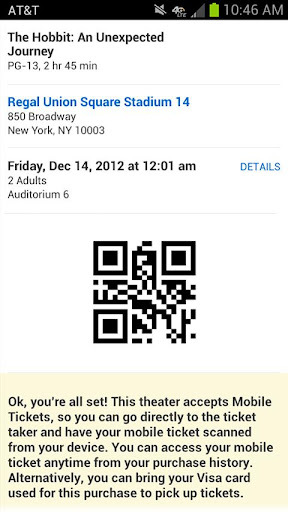 Some theaters allow reserved seats, letting users pick the perfect spot to watch a movie on a busy night.

The StubHub app, Ticketmaster app and MLB at the BallPark app do not let users use an Android phone as a ticket. Many venues don’t support this even in Passbook for the iPhone, so hopefully this will change as stadiums and concert halls start to switch to taking digital tickets.

Like tickets, mobile coupons are a growing market. This means there are only a few Android apps supporting mobile tickets at the time being.

Just like in Passbook, the Target app for Android offers mobile coupons delivered twice a month. Simply show the app to the cashier at checkout to save.

The Walgreens app also delivers coupons and savings for in-store purchases. Present the coupon on your Android phone to save without any printing. 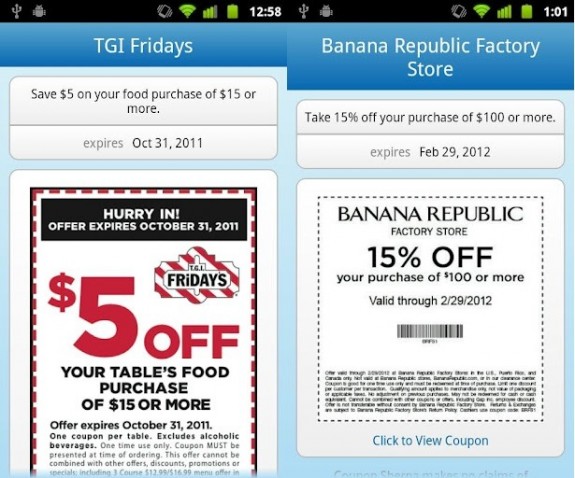 Passbook for Android doesn’t exist, but there are still coupons on Android.

Coupon Sherpa is one of the best all around coupon apps for Android. The app lets users find and display mobile coupons from places like TGI Fridays, Jiffy Lube, Banana Republic and more.