Patents Are Only a Distraction in Apple's Battle Against Android, the Real Fight is With Siri

Lately, it seems that technology news is dominated with Apple’s legal fight against Android manufacturers in court, with multiple battles being fought in multiple countries against multiple manufacturers such as Motorola Mobility–now owned by Google, HTC, and Samsung. However, Apple’s fight against Google, the maker of the Android operating system, is not rooted on its many courtroom battles, which appears to Steve Jobs’ last crusade, but rather the fight really is over user user data and how Apple can starve Google from the data of iOS users. The war, then, between Apple and Google is about building a great wall between the data of iOS users–from web surfing to casual browsing to mapping and navigation–and it’s being fought with Siri. 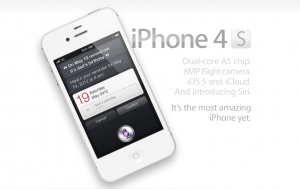 Apple CEO Tim Cook has stated recently that Apple views social as important, but that it doesn’t need to build its own social network. The same can be said with search, which is Google’s domain. Rather than invest billions into a risky operation and foray into search to compete with the search leader, Apple’s move is to starve Google rather than compete against it. As Google makes money by intelligence–collecting and compiling user data into meaningful information to deliver relevant ads based on context, location, and history, Apple’s Siri–more than the comical and sometimes witty personal assistant that she is made to be–is meant to intercept user data from Google.

Siri, whose guise as the sexy robotic assistant that you wish would come alive as was depicted in an episode of The Big Bang Theory on CBS this season, serves a more meaningful purpose for Apple. Rather than have users type in their search information into Apple’s mobile Safari browser on the iPhone, iPod Touch, or iPad, Siri asks you to speak your query and delivers the results nearly instantaneously. A powerful consumer-friendly feature, you may say, but the catch is that Siri then sends your spoken query to Apple’s remote servers where it is then processed and dispatched to Google and then returned to you on your iPhone.

What that means is that when its arch-rival Google receives Apple’s search query, your location, browser, and perhaps any cookies you may have in your browser are hidden from Google–all Google really sees is that the search is being processed from Apple’s servers. Siri is the great wall that Apple has created to separate iOS users from Google.

In various technology conferences in the last several years, panelists and speakers have proclaimed that location would be king. With GPS embedded into many modern smartphones, it’d be easy for marketers to push out relevant, contextual-based ads based on location. If you’re at a Best Buy, your browser can send you ads on technology or from Best Buy based on detection of your location. Again, with Siri, Apple is depriving Google of all this information, and given that Siri is making its expansion across Apple’s universe to iPads and into cars, Google won’t be able to capitalize off of iOS users’ web behaviors or know their whereabouts.

Additionally, Apple has also ousted Google Maps from iOS 6. This means that Google won’t be powering your navigation experience, won’t know where you are, where you’re going to, what time you’re traveling, or have access to crowd-sourced traffic information from iOS users. Instead, Apple is rolling out its own mapping solution thanks to the help of TomTom, Microsoft, and other partners.

The courtroom fight with Android seems to be a distraction that Apple is trying to create. The company knows that any settlement or licensing amount that is offered from an Android licensee would be too low for it to accept and any amount that it requires of those licensees would be too high for them to pay. After all, Google makes money on Android through ads and digital content sales through apps and music after the point of purchase, and Android licensees are already maintaining slim profit margins to remain competitive.

So while the courtroom drama is waged with hardware manufacturers, the real war is being fought against Google and the operating system itself. Perhaps, Siri, for all the follies and errors she makes, is really much smarter than she appears after all. The cunning, wise lady will make Google’s Android robot do her bidding and the heavy lifting while she easily delivers results to users all the while depriving Google of any credit.

Siri Will Only Grow

Apple’s already growing the potential of Siri, integrating sports scores and Yelp reviews. In the future, Siri will only grow and will integrate more services into its database. That means that Apple won’t even need to send your search queries masked from its own servers to Google in the future and it can just tap Yelp and other services directly. This will eliminate Google entirely from the equation through intelligent back-end server-side capabilities and partnerships that Apple is forging to keep Google out of the equation.