You can buy a pink Razer laptop and outfit your entire gaming space in pink Razer accessories. This is a limited edition Razer Blade Stealth Quartz laptop, and there are eight Quartz accessories all decked out in pink. As Razer CEO Min-Liang Tan says, these new laptops will, “will steal hearts everywhere.”

While we’ve seen a pink Razer laptop once before, this is the first time we’ve seen such a wide array of pink Razer accessories. Even if you aren’t ready to buy a new gaming laptop in 2019, you may want to take advantage of this limited time offer to get the Quartz Pink Razer accessories including a Basilisk Quartz Mouse, Razer Kraken Quartz Headset and the Razer Huntsman Quartz Keyboard. 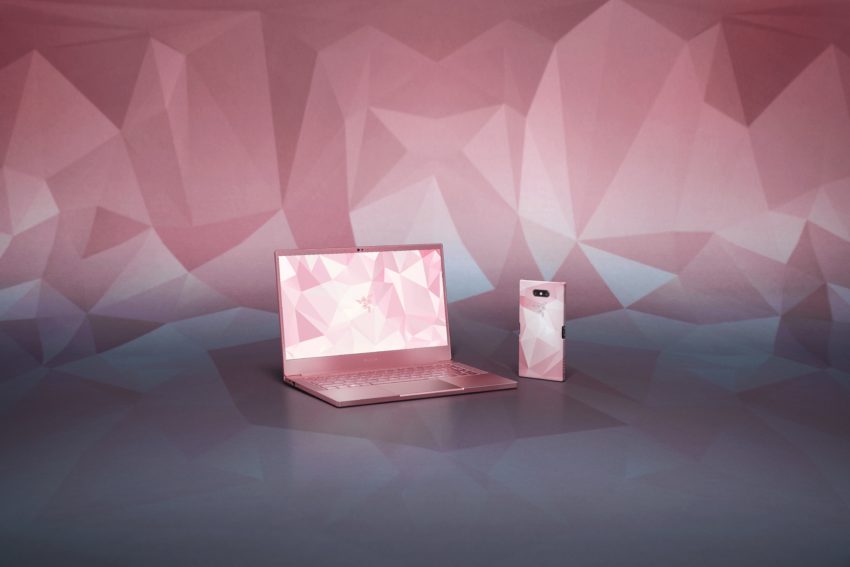 For a limited time, you can buy a Pink Razer laptop, the Razer Blade Stealth Quartz.

This pink Razer Blade Stealth Quartz gaming laptop can be configured with the Nvidia GeForce MX150 with 4GB RAM and a full HD display that provides 100% sRGB color and with slim pink bezels on three sides you get a small form factor. This model features a pink anodized aluminum chassis and there is a two tone pink Razer logo on the back of the unit.

The Razer Blade Stealth Quartz specs include, 16GB of 2133MHz dual-channel memory, a Whisky Lake 8th Gen Intel® Core™ i7-8565U processor, a 256GB PCIe M.2 SSD and up to 11 hours of battery life. It is under three pounds and will intelligently switch between the integrated and dedicated GPU to extend battery life or meet your gaming needs.

You can buy the Pink Razer gaming laptop today at Razer starting at $1,599.99. It is only available for a limited time and only on sale in the USA, China and Canada. You can also find an array of accessories in matching Quartz Pink. 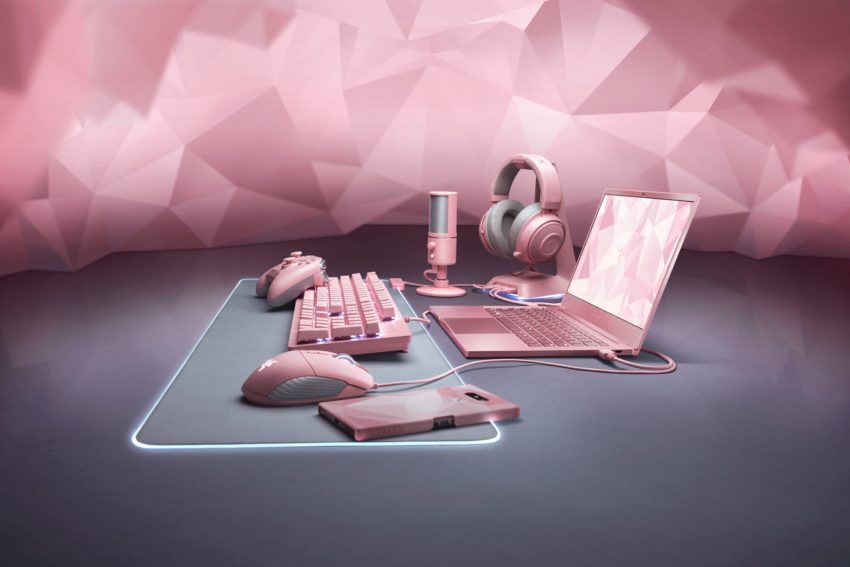 All pink everything with the new Razer Quartz accessories.

The full list of pink Razer accessories shown above includes;

You can find these on the Razer Quartz landing page and buy them for a limited time. We don’t know how long Razer plans to sell these, but there is a good chance they will remain on sale through Valentine’s Day as long as stock is available.

Razer also announced the availability of the Razer Blade 15 Advanced laptop that they announced in early January. You can now buy the Razer Blade 15 Advanced starting at $1,599.99 and you can add RazerCare Elite if you want protection for any of the new Razer laptops. It starts at $299 and includes three years of repair coverage including accidental damage, 24 hour phone support and repairs with free two way shipping.