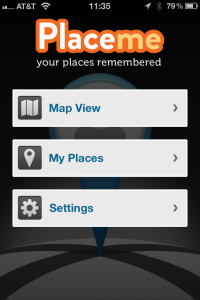 But to the point. In my view, when it comes to the current privacy debates that surround our Internet and social culture there are two kinds of people in the world, those who think they have a modicum of privacy and those who realize that they don’t any longer. I’m one of those represented in the latter half of the equation.

Expanding on that, I believe that privacy began disappearing long before the Internet and social media brought it to its current “hot topic” status. In the wild, wild, west of our current Internet and gadget innovation, things often seem like they are out of control and evil giants can appear on the horizon in the form of Facebook or Google or Apple or whomever. But those evil giants are only doing the same things that other businesses (and governments) have been doing for quite some time. It was easier to keep this under the radar not so long ago. How our data was sold, resold and filed away was not really talked about except by a few. But in today’s wild, wild, west millions are made from Internet and social businesses doing the same things that marketers have always done. But there is also an easier focus on these kind of accepted business practices as well.

The pace is changing rapidly, and is going to continue to change as things move forward. Depending on which side of the “only two kinds of people in the world” equation you fall on, it will either appear new and shocking, or, well, just an advance of the same old same old.

A new iOS and Android App, Placeme, looks to be a harbinger of where this might be heading in the next evolution of the debate. Essentially Placeme offers you an interaction-less way of tracking where you’ve been and the kind of activities (shopping, dining, entertainment, etc…) you participate in. By interaction-less I mean you supposedly don’t have to check in every time you hit a new place. Theoretically this works as long as you have both WiFi and location services turned on and the App running on your device. So far for me that’s a dud. I opened up the App for the first time yesterday and it recorded my location at my business and at my home. I didn’t use my phone much last night and though I opened up and looked at the App before I left the house to hit several different locations this morning, the App did not record my three stops before I arrived at work. That said, I did notice that the App seems to have an expected hit on battery life. My suspicion is that this has something to do with WiFi. I understand why the App needs it turned on to accurately record information, but if you aren’t logging into networks along the way, I’m not sure how that really works. After visiting a total of five different locations in the brief time I’ve had the App running, I’ve only been logged into two WiFi networks. Both of those are recorded as locations, but none of the other stops registered with Placeme.

But that’s the App, and I might be doing something wrong. On to the bigger topic.

The developers of Placeme promise the data concerning where you are or where you hav been won’t be broadcast. That’s all well and good for those concerned about the immediate. In this day and age of Internet businesses who say “we haven’t figured out a business model yet” that typically translates to “we haven’t figured out how to bridge the gap between privacy issues and selling or monetizing your data.” Those who think it might be cool to have advertising tossed at them in the immediate, ignore the real market here for this kind of collection of data. Common sense and current business practices dictates that any business, whether it be the local supermarket, your bank, a social network, or any service that collects any kind of history on you will seek to make money off of selling that data for future use.

Now, don’t get me wrong, I’m not a privacy zealot. I essentially live most of my life in public anyway. That’s a choice I’ve made based on my view of things. When I get squirrely about where I might be or what I might be doing, I just turn things off. But I can certainly understand and respect the thoughts and feelings of those who do feel more sensitive about their own privacy, even though I think they aren’t really acknowledging the reality of the world we now live in. But there are legitimate concerns. For example, Apps that let you check in with those around you, give you permission to place someone at a location. Perhaps they don’t want that information shared publicly. Goodness knows I would love to see marketers hone things in a little better so I continually don’t receive offers for things that I have no interest in, but that somebody’s algorithm or robot thinks I might.

What Placeme hints at is a world where some how, some way, everyone comes to an understanding that these concerns about privacy don’t matter. I think we’re a long way off from that, and in fact, for some, I don’t think that world will ever exist as a safe place. I also believe it is a good thing that as consumers we have a healthy dose of skepticism in this wild, wild, west of a world where technology can far outpace our understanding of the implications that these new advances can bring.

So, how about you? If, if you accept the premise that there are only two kinds of people in this world when it comes to privacy, which kind are you? Those who care and are concerned about privacy issues, or those who, like me, believe that no matter how much we care, we don’t have any privacy anyway?

Let us know in comments.