Polaroid Tablet Might Get Ice Cream Sandwich Before Your Device

The FCC filing, found by Liliputing, indicates that the company is gearing up to launch a new tablet to go along with the tablet lineup it introduced back in January.

And while those were running Google’s Android 2.2 Froyo and Android 2.3 Gingerbread operating systems, the new tablet has Google’s latest version of Android, Android 4.0 Ice Cream Sandwich, on board. 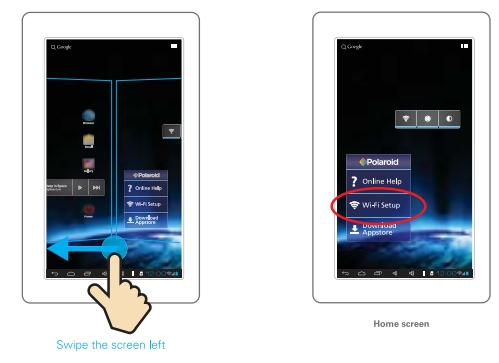 Not surprisingly, the specifications on the tablet aren’t stellar. Of course, that likely means that the tablet will have a cheap price tag. It will apparently include a 7-inch display with 800 x 480 resolution, a 1 GHz ARM Cortex-A8 CPU, 4GB of storage space and 512MB of RAM.

It won’t have access to the Google Play Store and users will instead have to take advantage of Amazon’s AppStore.

What’s interesting is that Polaroid’s new tablet might launch before some of the higher-end Android smartphones and tablets get an upgrade to Android 4.0.

A vast majority of Android smartphones have yet to see the update and there are still quite a few Android tablets out there that don’t yet have the software on board.

Phones like the best selling Motorola Droid RAZR MAXX and tablets like the Samsung Galaxy Tab 10.1 and Motorola Xoom 4G LTE still don’t have the update.

However, it appears that a company like Polaroid, a company long known for its cameras, and certainly not known for its presence in the world of Android, might actually beat some of the bigger name companies and carriers to the upgrade.