Now that Sprint and Samsung have released the pricing and availability for the Galaxy Nexus on the Now Network ($199, April 22) the battle between the quintessential Google phone and its biggest Sprint competitor is about to heat up. I’m talking about the HTC EVO 4G LTE, of course, which will also cost $199 but won’t be available until May.

The two phones don’t have much differentiation on the hardware side — similar size displays, dual-core processors, even similar dimensions — but the software side is a different story. The Nexus runs Android 4.0 Ice Cream Sandwich “stock”. Meaning it’s the operating system just as Google made it. The Evo runs on Android 4.0 as well but with the HTC Sense 4.0 user interface.

HTC Sense is one of the most extensive Android user interface “skins” or “overlays” or whatever you want to call them. I also think it’s the best. However, I know there are many of you out there who abhor all skins and want the pure Google experience or nothing else.

There are pros and cons to both.

Phones that run stock Android, most notably the Nexus devices, are almost always updated faster than phones with a skin. And the more extensive the skin, the longer the update process seems to take.

Plus, if you’re a fan of the aesthetics of Ice Cream Sandwich you won’t be happy to see them ruined by HTC Sense, which looks very much the same across different versions of Android.

One big advantage skins like HTC Sense bring to the equation is making Android easier to use. For instance, HTC’s widgets put almost any function or setting one or two taps away instead of making you root through multiple layers of menu. 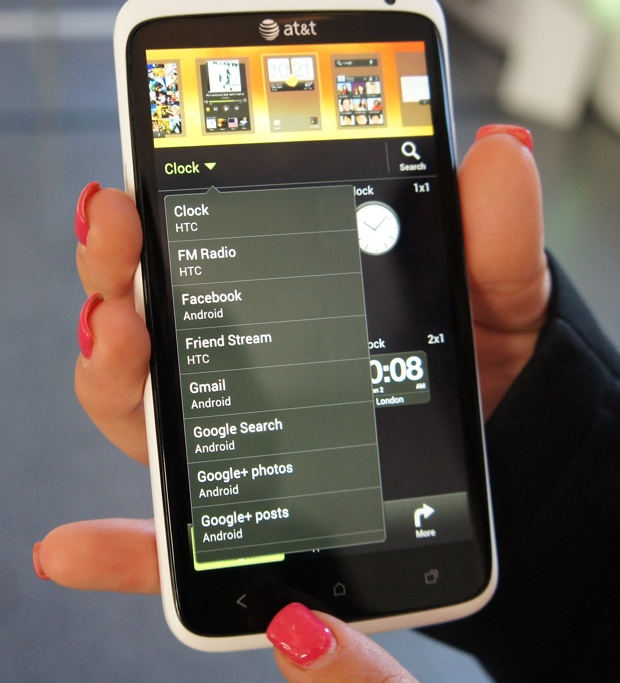 Then again, a bad skin can make Android even more annoying to use and ugly to boot. Think of the old MotoBLUR before Motorola finally got their act together.

Which experience do you prefer? Would you rather have a skin from HTC, Samsung, Motorola etc. or Android just the way Google built it? Take our poll and tell us why in the comments.