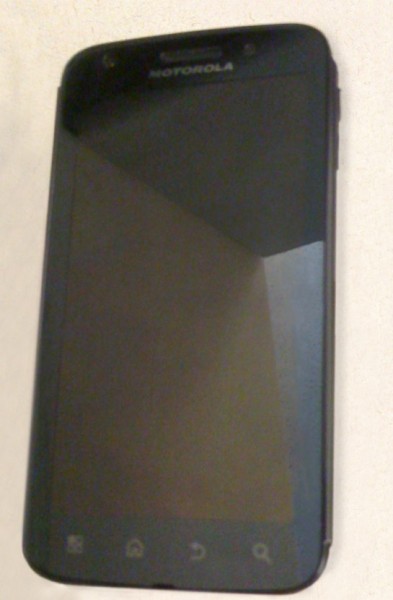 Engadget has obtained an image of what is believed to be the Motorola Olympus, a powerful Android smartphone that is believed to be coming to U.S. carrier AT&T at the end of January 2011 with a dual-core NVIDIA Tegra 2 chipset. The image reveals what appears to be a front-facing camera at the top, along with light and proximity sensors. The Bluetooth SIG and WiFi Alliance, certification associations for Bluetooth and WiFi respectively, have confirmed that a Motorola Olympus device that recently went through testing will contain Bluetooth 2.1 + EDR and dual-band WiFi a/b/g/n support.

The Motorola Olympus is expected to be among the first truly high-end Android smartphone experiences on AT&T, a carrier which has thus far been conservative with its Android plans either to promote its U.S. exclusive iPhone arrangement or to not upset its relationship with Apple. As AT&T is expected to lose its exclusivity with the iPhone soon, the carrier may be looking towards other platforms and smartphones to enhance its portfolio and the high-end features of the Motorola Olympus makes it a very likely candidate.

Motorola has a number of smartphones on AT&T already, including the Motorola Bravo, Flipside, Flipout, and Backflip. The Bravo will be the fifth Android addition for the U.S. network.