After leaks earlier this week that detailed how Sony’s Xperia Z and Xperia ZL handsets would look like, we now know some additional information about the two handsets, including basic pricing information and some of the differences between the two similar phablet models.

The Xperia Z and ZL were once known by their code names of Yuga and Odin respectively. Both models are highly anticipated phablet models from Sony Mobile Communications that would offer users a large 5-inch full HD 1080p touchscreen display, quad-core processing power, and ample RAM. 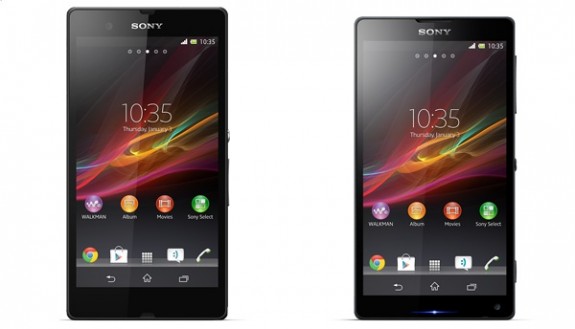 According to a new leak, it seems that the Xperia Z may be priced at the U.S. equivalent of around $650 when released in the Thailand market. It’s unclear what the unlocked handset would cost when and if it arrives in U.S. channels. For comparison, the HTC Droid DNA, which comes with 4G LTE network support on Verizon Wireless in the U.S., sells for $200 with a two-year service agreement or for $600 at the time of this writing without a contract. Likely, an unlocked Xperia Z would have to be priced similarly to be competitive. The Oppo Find 5, which is expected to land in the U.S., is expected to cost at $500 with similar specs.

The handsets are highly anticipated to be unveiled at the Consumer Electronics Show next week.

Additionally, both devices are expected to sport the new 13-megapixel Sony Exmor RS camera sensor, which should have improved dynamic range and the ability to retain more details in image capture.