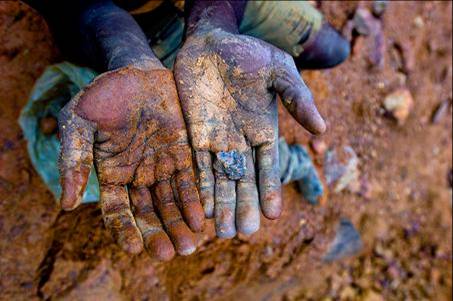 I wasn’t aware this was an issue until I started reading about it today. Apparently much of the violence in the Congo is due to warlords trying to control the mining and distribution of minerals that go into our shiny gadgets. Specifically these minerals include tantalum, tungsten, tin and gold, and they are called by those seeking to stop the violence “conflict minerals.”

Nicholas Kristof penned an editorial about this in the New York Times and explains the conflict and the violence in pretty distinct terms. He compares the situation to Blood Diamonds labeling mobile handhelds “Blood Phones.” He also points to Enough Project, and the video below that they produced parodying the I’m a Mac, I’m a PC commercials. Apparently, although the bill isn’t final yet, both the US House and US Senate have included language in the bill on financial reforms about “conflict minerals.” But sadly, and apparently, the situation in the Congo is so complex, and possibly so out of hand, that legislative action, protests, web pages, and switching suppliers won’t just solve the problem.

It’s always been a sad commentary on mankind that progress is often made and riches gained at the expense (sometimes brutally) of others less fortunate. It’s often easy to turn a blind eye if it is not in your backyard or on your radar. I admire those trying to raise awareness (again, I wasn’t aware of this until today), but given human nature and history, I don’t see any campaign changing the scenario, unfortunately.