Sony just confirmed the PS4 price as $399, undercutting the $500 Xbox One price Microsoft announced earlier today. In addition to announcing the PlayStation 4 price, Sony confirmed the console will arrive in time for the holidays and retailers are already offering a PS4 pre-order for users that want to lock in the device for release day.

Expectations were high heading into the PS4 event and Sony wowed revealing what the PS4 looks like and beating Microsoft on the used game and internet connectivity front.

The Sony PS4 release date is set for the holiday season this year, and PS4 pre-orders show that the PlayStation 4 will ship by December 31st, though we expect this will happen much sooner.

The Microsoft Xbox One release is set for November, and it’s likely that Sony will want to hit a similar sale date. At the very least expect both consoles to be in high demand this holiday season, and tough to find.

The PS4 price is a shocker, especially after Microsoft announced the lofty $500 Xbox One price earlier today.  The Sony PlayStation 4 uses a similar processor as the Xbox One, but faster RAM. The $399 PS4 price could help Sony win the first console battle this holiday season, and it will be interesting to see how pre-order sales stack up. 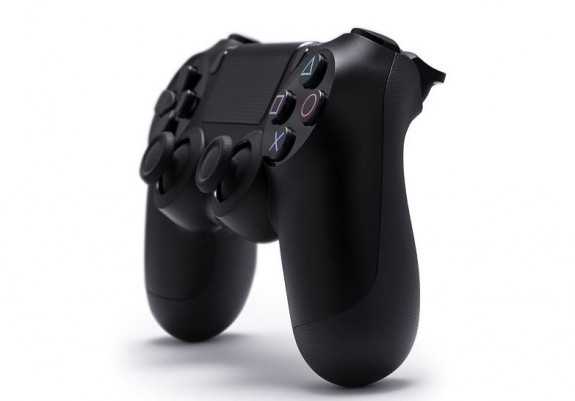 The new DUALSHOCK 4 controller comes with the PS$ pre-order.

For $399 PS4 buyers get one new DUALSHOCK 4 PS4 controller which includes a touch pad, the new share button, three axis gyroscope, three axis accelerometer and a rechargeable battery. The $400 PlayStation 4 price also includes the PlayStation Eye, which features two cameras with 85-degree diagonal views for better depth perception. Sony didn’t reveal all of the PlayStation Eye features for the PS4.

The new PlayStation Eye comes with the PS4.

The PS4 includes a PS4 Move controller which will interact with the PlayStation Eye. Additionally the PS4 DUALSHOCK 4 controller features a light that lets the eye track location.

Read: 3 Ways the PlayStation 4 Could Beat the Xbox One in the Eyes of Gamers

The first Sony PS4 pre-orders are live on Amazon.

Sony announced that the PS4 used game policy will let users lend, trade, buy and sell used PS4 games without restrictions, unlike the Xbox One which is much tighter on sharing games.