In addition to the rumored Galaxy Note II, Samsung seems to be at the top of the rumor mill this Christmas with a Galaxy S III and a Galaxy S 3D model in development, with the former seeing a potential announcement in the February time frame at the international Mobile World Congress trade show.

The Galaxy S III would be Samsung’s third-generation successor in the flagship Galaxy S series Android smartphone, following the successful releases of the Galaxy S and Galaxy S II. The device is now rumored to be utilizing a quad-core processor, potentially from Samsung’s own quad-core Exynos ARM-based CPU line. The device had been rumored before to run on a dual-core 1.8 GHz CPU, but given that the quad-core market is heating up, Samsung may be re-tooling the phone with specs befitting of its flagship status. One other Android-maker with a quad-core leak include HTC, with the rumored Zeta and Edge smartphones. 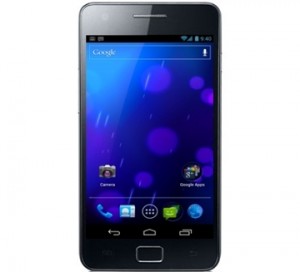 Additional rumored specs include a 12-megapixel camera, which would make it one of the better camera smartphones on the market, joining the ranks of the rumored Sony Ericsson Nozomi and the Nokia N8.

Additionally, the Galaxy S III would best the display on the recently released Google-phone, the Galaxy Nexus. The S III flagship would have an HD Super AMOLED Plus display whereas the Galaxy Nexus tops out at an HD Super AMOLED display. Both displays carry a 1280 X 720-pixel resolution, but the ‘Plus’ moniker, as with the Galaxy S II, offers better battery efficiency when the display is on, richer and more vibrant colors, darker blacks, and foregoes the PenTile-based sub-pixel matrix, allowing for crisper text, video, and graphics to be rendered.

Android 4.0 Ice Cream Sandwich and 2 GB of RAM round out the specs sheet. Is this too good to be true or will 2012 be the year for multitasking, picture-snapping super phones?

Additionally, it is said that Samsung is in the process of developing a Galaxy S 3D, which would come with the ability to capture videos and photos in 3D and also render those captured images and videos in 3D on a glasses-free 3D display, much like the competing LG Optimus 3D and the HTC EVO 3D.