Questions, I Get Questions about What Phone Should I Get 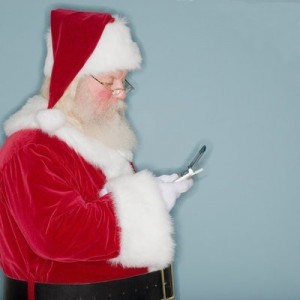 Chris put up an excellent post entitled “What Will You Choose as Your Next Daily Driver?” Daily Drivers mean different things to different people and of course they should. Everyone has different use cases and budgets and, well, there’s that who feudal/serf  relationship most have with a carrier.

This past weekend at the theatre I had five different conversations with Wayside Theatre customers who are thinking of getting a new phone for themselves or a loved one for the holidays. They came up and asked me advice on what they should purchase in the next two weeks (meaning before the holidays.) As always this reporting is in no way scientific and completely anecdotal, but I do find some of the questions and thoughts telling. Maybe you will to.

Case 1. This individual wants a smartphone so he can communicate better with his daughter at college.

Case 2. This individual (as do the next two) want a keyboard. Actually let me rephrase that, without a keyboard there is no sale.

Case 3. This individual wants the latest and greatest but is afraid of Android given prior experiences. He also despises Apple. He thinks Windows Phone 7 is a joke.

Case 4. This individual wants to ditch smartphones all together and is looking for a feature phone.

Case 5. This individual is changing jobs, turning in the company Blackberry and wants something fun. She wants to do lots of photos and video.

After talking with each individual and asking them some questions, there are several common threads running through all of the conversations.

If I’m drawing any conclusions from these very random conversations they are obvious ones. It’s a wild and crazy world out there if you don’t pay close attention to what’s going on in the mobile world. That makes it difficult for some customers to make choices. These folks all seem to know what they want by and large, but when I asked if they had already discussed this with store reps they each said that they didn’t care for their previous experiences in doing so. When asked if they checked out the Internet for reviews and such, they all said they did. Two found the information available to confusing. One said that it left him in a more confusing place than before he started.

With the exception of Apple, brand awareness in this group seems low. Most refer to their current phones as a Sprint or Verizon phone, not by the handset maker.